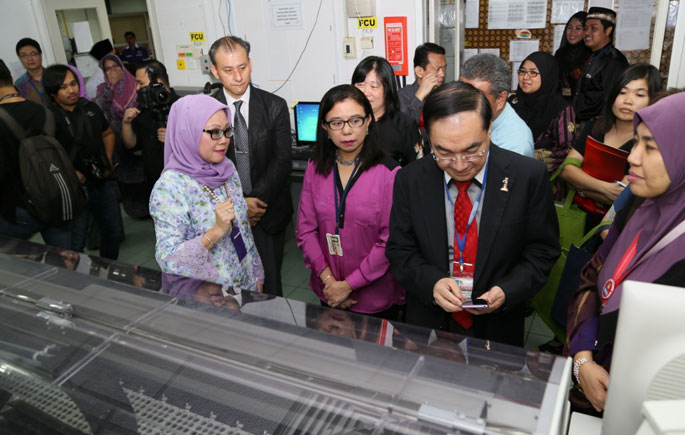 CHERAS, KUALA LUMPUT, 20 November 2015 –The Canselor Tuanku Muhriz Hospital (HCTM) of The National University of Malaysia (UKM) now has a total laboratory automation (TLA) system to safely and faster  diagnose samples, believed to be the first in Malaysia.

Director of HCTM Prof Dato’ Dr Raymond Azman Ali, in launching the system, here today, said it shortens the time for various diagnostic analysis by up to 30% while providing a much safer working environment for lab staff and technicians.

“It allows a  a more conducive working environment apart from reducing the probability of staff being exposed to health risks by minimizing manual work in testing samples. What used to take 20 steps, is now reduced to 5 steps,” he remarked.

He said the automation provides the three vital steps, pre-analytical, analytical and post-analytical processes to be done much more smoothly and safely, which is unprecedented for the country.

“The TLA at the Chemical Pathological Unit at the hospital is the first such system in Malaysia, and is now a reference centre for other labs which are planning to do the same for theirs.

“Before we had the system, the analysis and diagnosing of certain samples could be quite hazardous and slow, and mistakes occurred from time to time; errors that proved costly and potentially hazardous. Injuries and burns due to breakages and corrosive chemicals were not unknown,” he explained.

He said the TLA system also saves overall cost in the longer term despite its initial price tag of RM6 million.

At the same time, he stated, the occurrence of wrongly matching diagnosis to patients had also become a thing of the past.

“The fastest way to test (for diagnosis) is the bed-side test with patients in the ward, but it was not so accurate. With manual testing in labs, there had been cases of wrongly identifying samples to patients, but now not any more,” he clarified.

The Head of the Diagnostics Laboratory Services Department Dr Hanita Othman pointed out the challenges in matching samples to patients.

“One of the most common and preventable causes leading to misdiagnosis comes from a surprisingly simple step in the process – the labeling of tissue samples.

“Uniquely identifying the sample early in the process and using bar coding and software to identify and track the specimen can significantly reduce the risk of misdiagnosis. A system that can eliminate these errors can provide great relief to not only those working with samples, but most importantly, for the patients concerned,” Dr Hanita stated.

The acquisition of the TLA is a partnership between HCTM and Abbot Diagnostics from the United States, through its representatives in Malaysia Abbot Laboratories.

Also present to witness the launch of the TLA system was Sarah Ong, Business Unit Director at Abbott Laboratories, along with marketing and technical staff from the company. 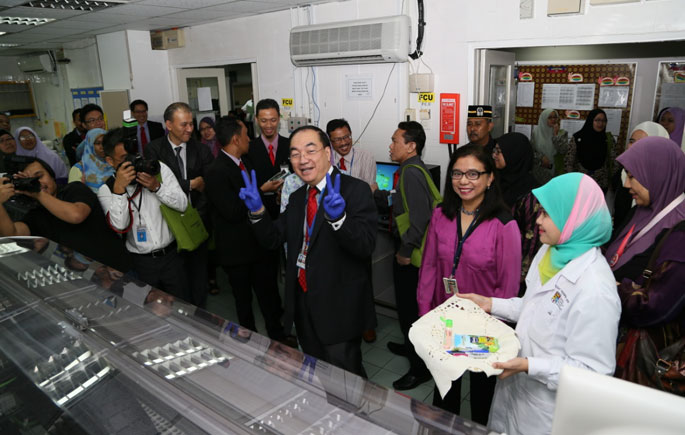 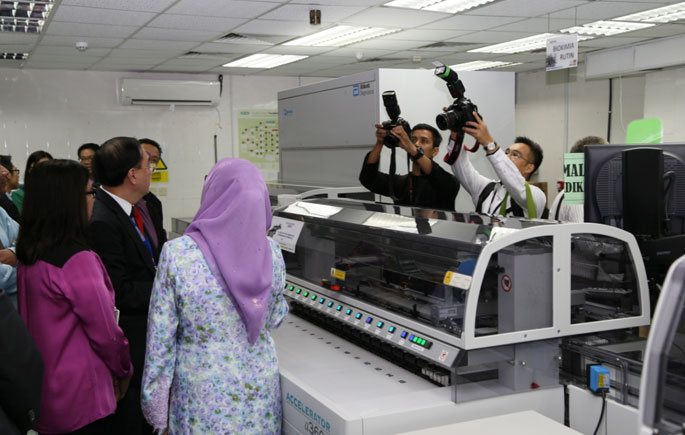 The TLA at the Chemical Pathological Unit of the hospital 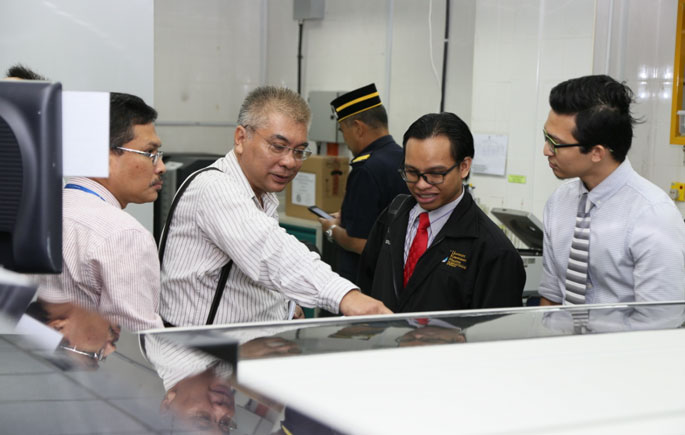