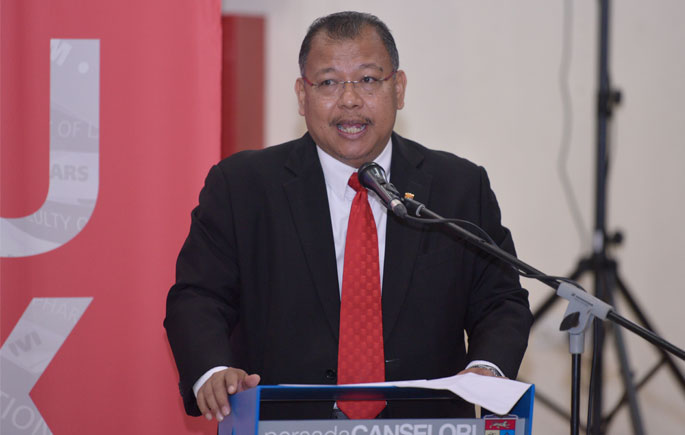 BANGI, June 21, 2018 – Universiti Kebangsaan Malaysia (UKM) has topped the chart as Malaysia’s Top University Under 50 Years Old, according to the QS Ranking which was recently announced.

Ranked at number 12 in the World’s Top University Under 50 Years Old, UKM is very proud yet humbled by this best ranking achievement since its establishment in 1970.

“Surely there’s a lot more to be achieved and delivered in the years to come, beyond ranking,” he said adding that UKM was established 48 years ago (50 years in 2020) based on the Rakyat’s strong aspirations.

“We were motivated by the strong roots of ‘national aspirations’. University’s excellence must be driven by the right scholarly motives that impact the society.
“This achievement is a manifestation that we are on the right track,” he said.

It is pivotal, according to Prof.Tan Sri Datuk Seri Dr Noor Azlan, that this global ranking is ‘felt’ by all stakeholders which includes the rakyat, government, industries and scholarly societies.

“Being ‘relevant’ to all and clearly visible ‘on the map’ are vital. It takes all of Warga UKM – scholars, students, and administrators to strongly move together,” he said.

He added, that UKM will continuously measure itself with global peers without forgoing its national motives.

“We look forward to the continued support of the newly formed government. The new Education Minister, YB Dr. Maszlee Malik’s call for balanced excellence, both scholarly (kesarjanaan) and humanity (kemanusiaan) is strongly embedded in our mission. This is about Malaysia, more than just UKM. Will assure the best for Malaysia,” he said.

UKM considers itself as the Guardian of the Nation that Inspires Future and Nurtures Possibilities.