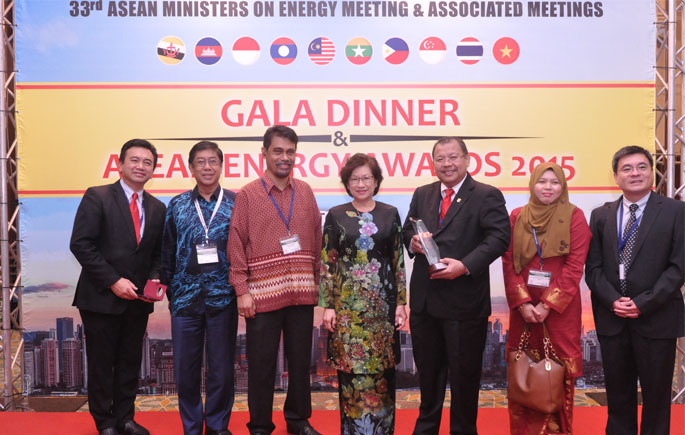 KUALA LUMPUR, 7 Oct 2015 – The National University of Malaysia (UKM) is the only local public university to have won a prize  at the annual 2015 ASEAN Energy Awards.

The Solar Energy Research Institute (SERI) of UKM was declared winner in for SERI’s project, a telecommunication base station powered by solar energy using a maximum light detection system that follows the path of the sun automatically.

This is the third year running that UKM was honoured at the ASEAN Energy awards, with SERI winning top prizes in 2014 and 2013 also for the Special Submissions category.

In 2014, SERI was awarded first prize for  application of venturi-shaped wind-induced natural ventilation tower and photovoltaic thermal collectors for low energy homes, while in 2013 it won the top award for the Green Hospital – Large Scale Solar Assisted Hot Water Heating System At the UKM Hospital .

The Superspan project is a power station that uses Building-integrated photovoltaics (BIPV), photovoltaic materials replacing conventional building materials in parts of the building envelope such as the roof, skylights, or facades, while the other company had set up a hydroelectric power station.

Earlier, Prof Kamarruzaman told the UKM News Portal that the MLD or Maximum Light Detection principle is based on the most accurate, fastest and most energy-saving tracking system of the solar module toward the maximum light point.

“What is important here is that only those movements that will result in direct yield increase are carried out,” he said.

Opening the awards ceremony, Natural Resources, Green Technology and Water Minister Datuk Seri Dr Maximus Ongkili announced Asean member states agreed to adopt the target of 23 per cent renewable energy use in the fuel mix in the region by 2025.

“Our 11th Malaysia Plan (11MP) will guide development activities in the country for the next five years. The 2016 Budget that will be tabled in the next Parliament sitting will be the first budget for the 11MP.

“National economic growth can be achieved by enhancing productivity through greater efficiency in the use of natural resources, opening up new markets for green technologies, goods and services,” he said in his speech.

The ASEAN Energy Awards 2015 was established in 2000 to promote regional cooperation in the various fields of energy. 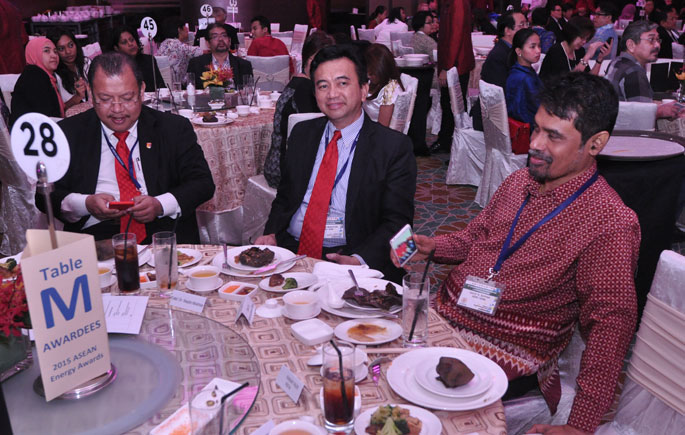 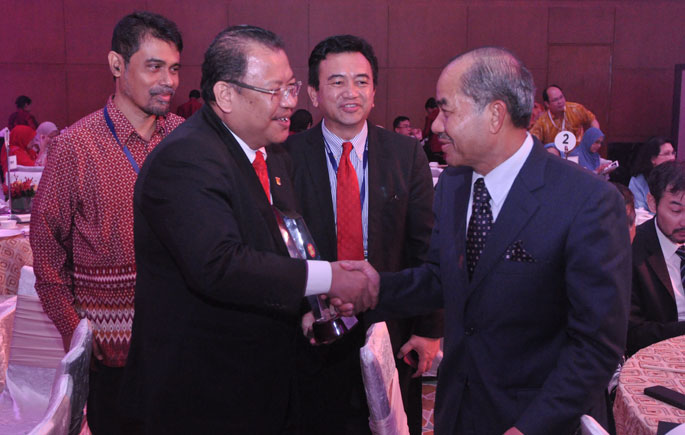 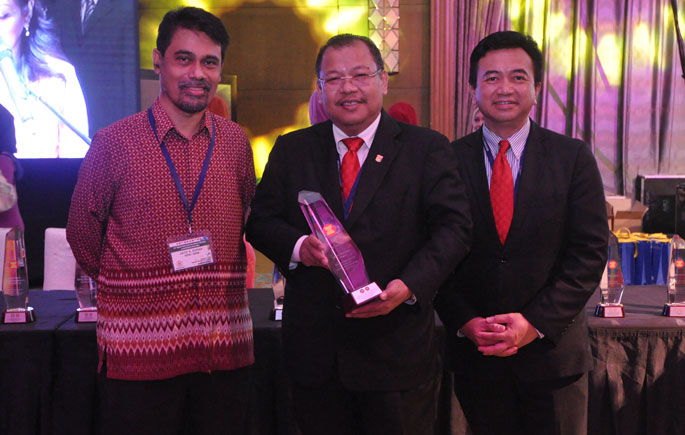 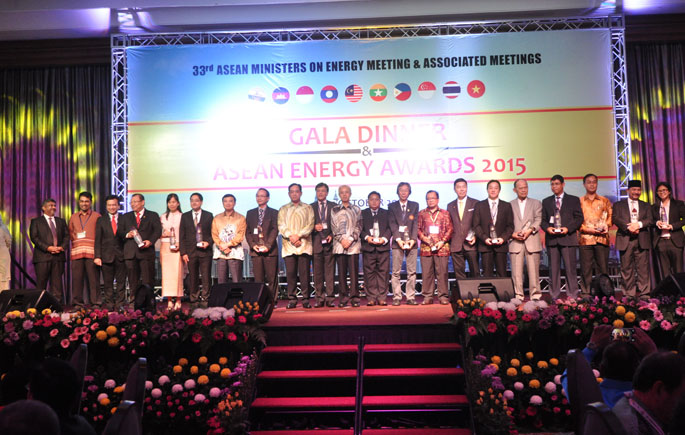