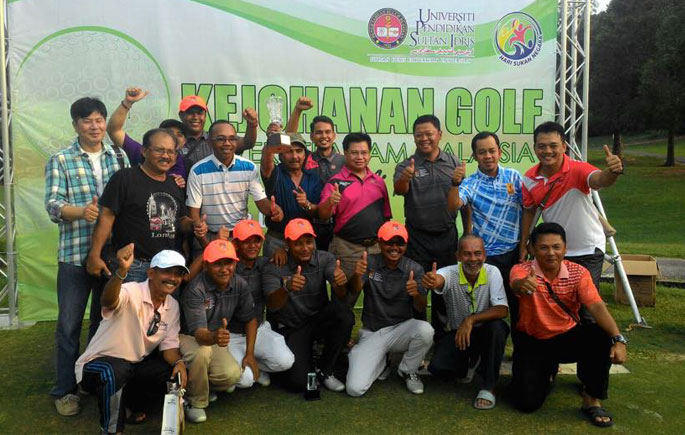 The annual event witnessed a combination of academic and administrative staff who worked together to ensure the success of UKM this year.

UKM Sports Center Director, Assoc Prof Dr Tajul Arifin Muhamad who was also one of the players, said the victory was no mean feat especially as it was a golf tournament.

“We went through a lot of obstacles before achieving victory. However, the esprit de corp  team spirit and motivation managed to defuse all the negative vibes and boost the positive elements in ourselves. The Golf Tournament has attracted many players, including golf enthusiasts of UKM,” he said.

The UKM team consisted of 16 players, of which 8 were academicians or lecturers and the rest support staff.

“Every player has to sacrifice time to practice in order to complete training sessions before the tournament. The lecturers also have to make sure they do not neglect their teaching responsibilitie and allocate their  time wisely,” he explained.

According to him, the selection of players had been conducted six times to pick the 16 best golfers.

Due to unavoidable time constraints, training sessions were held a week before the tee-off.

However, since most of the players are members of the UKM Danau Golf Club, the preparation and training for the players was manageable this time. 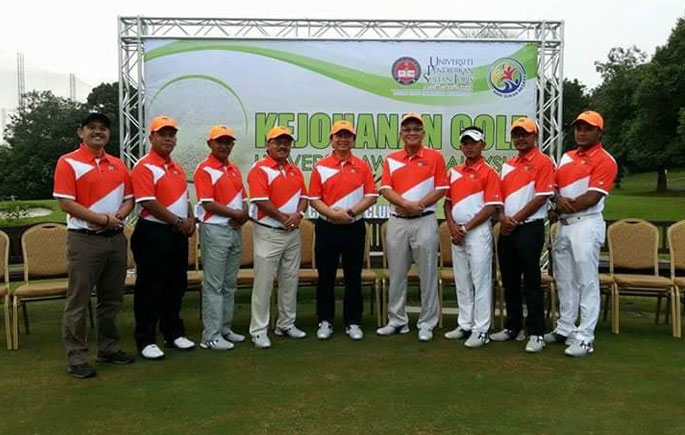 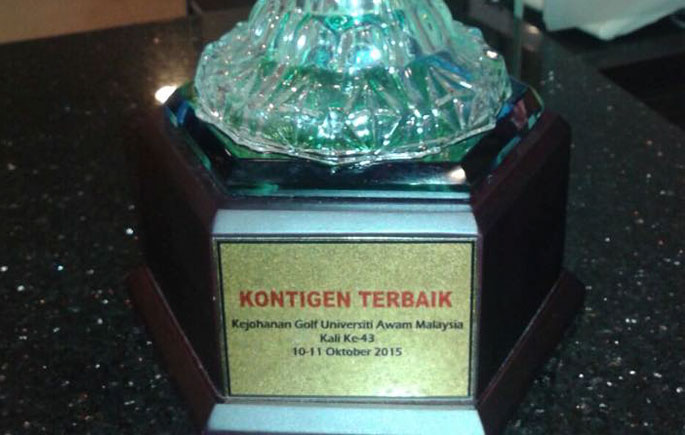