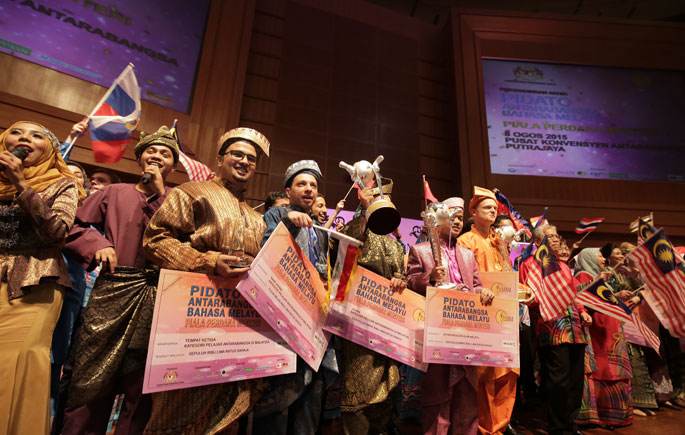 In the International category, Joshua Parfitt of Britain emerged on top,  while Emma Cecilia Roberts of Australia had to be content with being the runners-up and Wyatt Evan Gordon of the United States in third place.

The blond Parfitt, a post-graduate student of the University of London’s School Of Oriental and Asian Studies (SOAS) looked stunning in a complete traditional Baju Melayu and songket with full orange  headdress and spoke of a topic titled ‘The Solutions Are All Around Us’.

Meanwhile, Mohd. Akmal Aizat Umar from Malaysia clinched the top spot  in the Malay World category. He overcame two other participants in a tight battle, his compatriot Then Siaw Lian (runner-up) and Awabeen Samsuding of Thailand (third place).

This is the 9th year the PABM was held, with 71 students majoring in Malay language from institutions of higher education around the world taking part since 4th August. 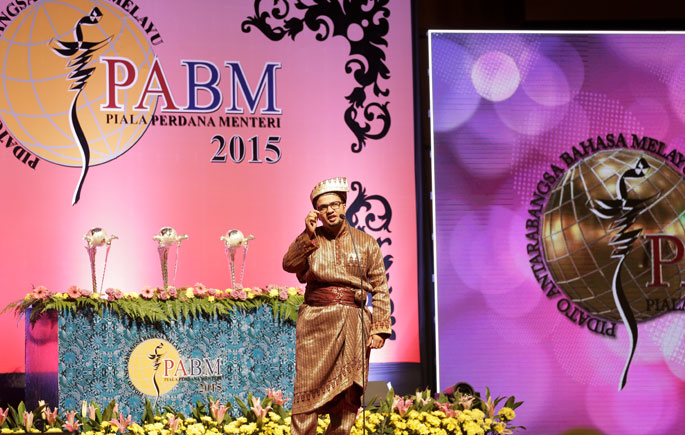 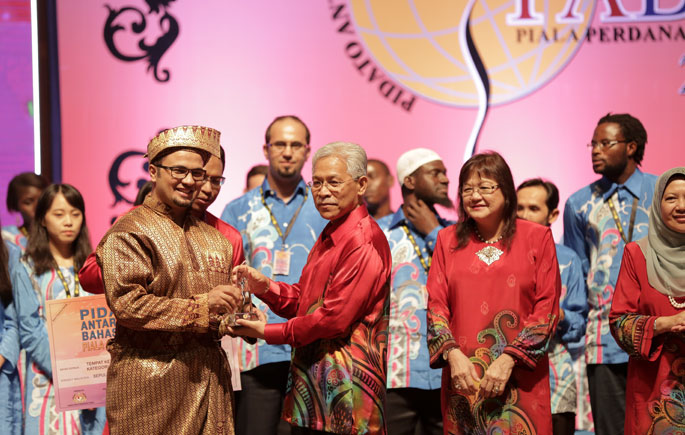