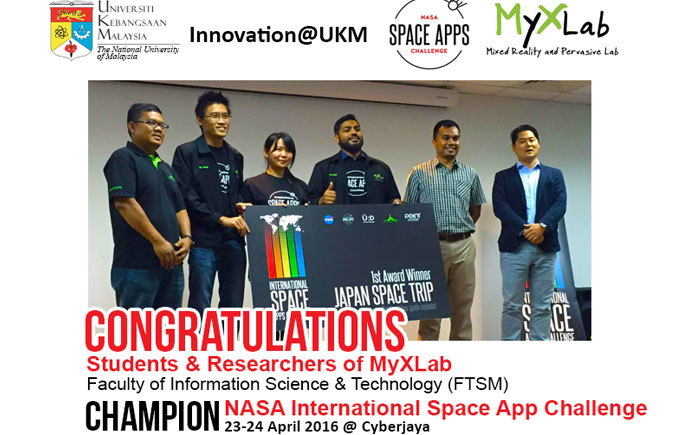 BANGI, 27 April 2016 – A team from the National University of Malaysia’s (UKM) Center for Artificial Intelligence Technology has emerged champion after defeating 14 other teams in the country in the final round of a contest to develop an application for the United States National Space and Aerospace Agency (NASA).

“We were the only team in the final that actually completed the app, while others only came up with the concept through pitching, or screen shots.

“Our app is a complete prototype that can be used with the Android operating system and Iphone, viewed through Google cardboard,” explained Dr Haslina.

She said that all the visuals for the apps were obtained from NASA as the space agency wanted all the competitors to have the same access to the content for the apps.

The competition in Malaysia began with 51 teams, but was whittled  down to 15 after the first round of evaluation.

The competition was also held simultaniously in over 200 countries all over the world.