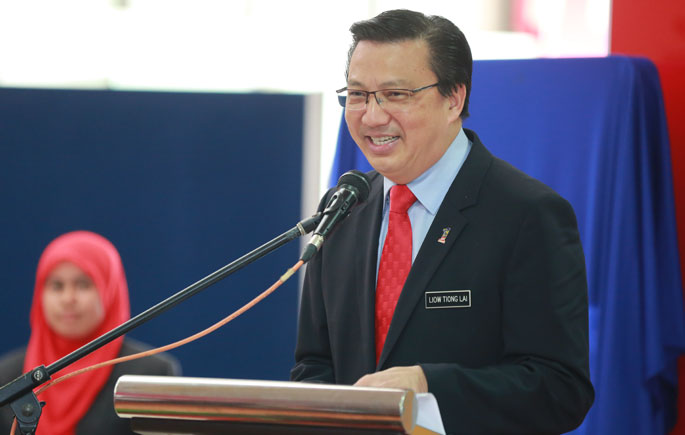 BANGI, 9 June 2016 – The National University of Malaysia (UKM) recently launched its ‘Wall of Fame’, a large  space set aside showcasing some of its most prominent alumni who have contributed to the progress of the nation and the growth of the university.

Liow, who was honoured as the Most Famous Alumni, said he was deeply touched as a former student to have been selected among many members who had stood out since the university’s inception 46 years ago.

Liow, in his remarks, acknowledged that his time at UKM had prepared him well for the challenges of the future and equipped him with the necessary knowledge and skills.

He also had a novel approach to publicizing the achievements of UKM.

“Why not use social media and tweet about the latest positive development at UKM when you receive the information from alumni members. For those who had graduated recently, let your parents know that you are OK by tweeting,” he said

He called on the alumni to return to the university regularly to take part in the various activities and to contribute further to the development of the university.

“Although you had graduated a long time ago, you should return as an alumni and contribute to the progress and development of the university, he emphasized.

He also signed an anti-smoking campaign organised by students.

The Vice-Chancellor, in officiating the ceremony, expressed hope that the Wall of fame would be a source of inspiration to students.

“As one of the oldest educational institutions in the country, we continue to play the role of producing graduates and alumni who contribute to the success and development of the university, community and country. Graduates or alumni of UKM have their own strengths and they should emulate the more established universities in the world such as Harvard University and the University of Oxford as they have large systematic networks of alumni who  organise all the programs and activities of the universities, which receive support from their alumni,” he noted. 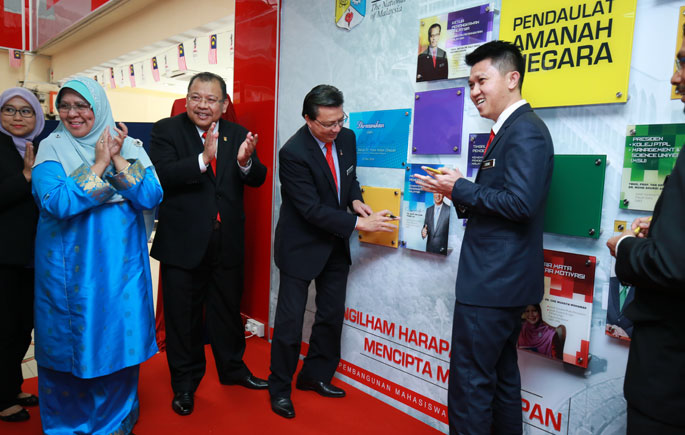 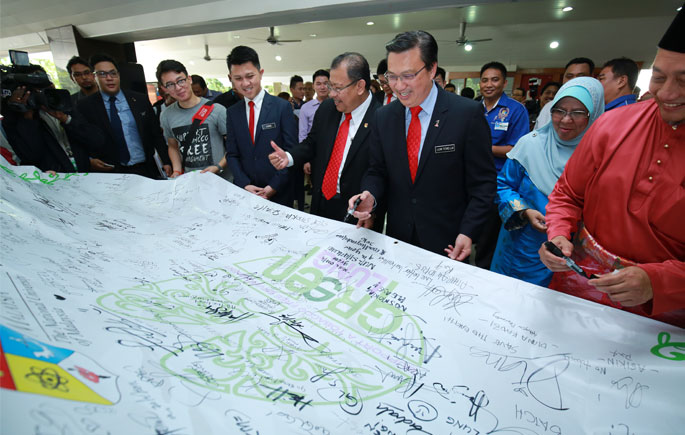