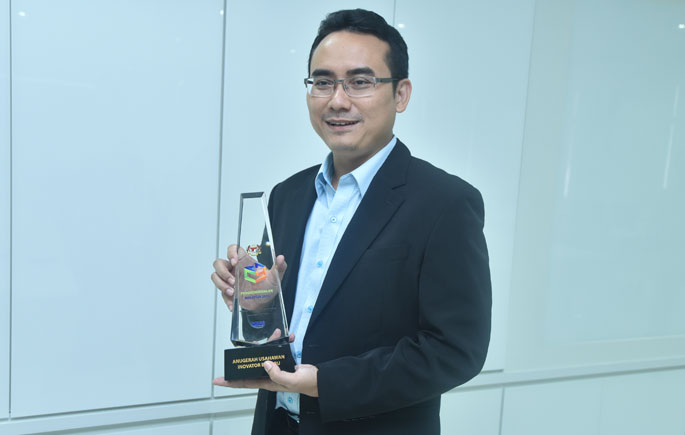 UKM was the only university that was listed as the award recipient, beating 40 other universities that were shortlisted.

Mohamad Hanif, who is a Senior Lecturer at the Department of Mechanical and Materials Engineering, Faculty of Engineering and Built Environment (FKAB) said, the award winning product produced is CAISER, tool used by system developers to create complex event processing-based intelligent systems.

“Initially the research I did with Prof. Dr. Aini Hussain focussed on surveillance system, such as CCTV.

“But, we decided to innovate and create something practical, like a surveillance system that will be able to detect cases such as criminal activities and fire, before it even occurs.

“This, we thought, could be achieved by incoportating other sensors such as smoke sensor and door sensor, in the surveillance system,” he said.

He said from the surveillance system, the research has expanded to predicted analytic.

He added that his research team plans to produce various smart applications, which utilises the CAISER platform.

“From CAISER, we can produce a smart home system, intelligent network monitoring system and smart city which is not only for home use, but also can be utilised by the industry and community,” he explained.

He added that a lot of companies has made offers to buy the plaform.

“Many companies want to buy the CAISER platform, but we are not planning to sell it as yet, as we feel that there is still a lot to be done,” he said.

With the victory, Mohamad Hanif, Prof. Dr. Aini and their research team received RM100,000, a trophy and a certificate. 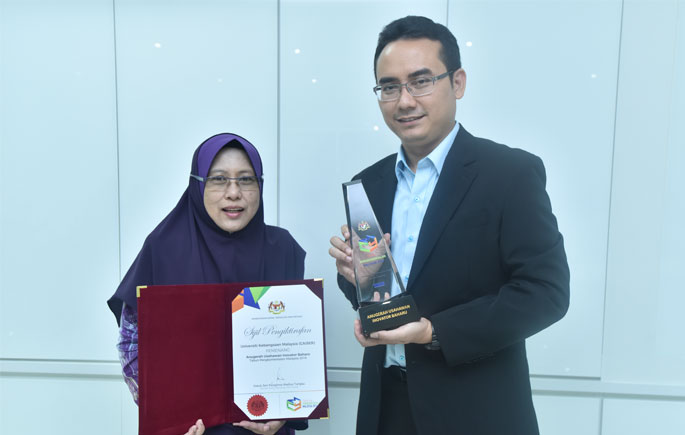