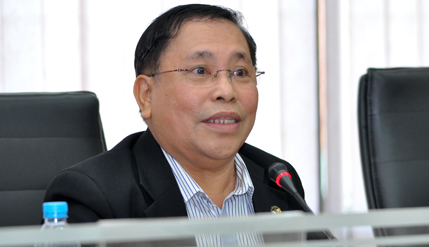 Bangi, 8 August 2014 – The ordinary people of British Malaya suffered economic hardship, social upheavals, crackdown on basic rights and press censorship during the first World War of 1914-1918 although the conflict did not reach its shores.

Renowned sociologist  Emeritus Professor Dato’ Abdul Rahman Embong said the mainstay of the Malayan economy, rubber and tin were hurt by the Great War and consequently those who worked in those industries were hit hard, especially the Malay rubber small-holders and tin dredgers.

Delivering his paper at the Centennial Commemorative Conference: Revisiting World War I, here today Prof Abd Rahman, said not only was there an embargo on exporting rubber to Britain’s enemies Germany, Austria and Turkey, there was also a world-wide ban to prevent them from importing through neutral nations.

Even the United States, which was then neutral, was not exempted but given dispensation when it entered the war in 1917, Prof Abd Rahman said. America’s young motor industry was then heavily dependent on rubber imports from the British empire.

The three-day conference beginning Aug 6th marking the 100th anniversary of the first world war, was organised by The National University of Malaysia’s (UKM) Centre of Occidental Studies (IKON) of the Institute of Malaysian and International Studies (IKMAS) under its European studies programme. It was sponsored by the Goethe Institute and the German Embassy in Kuala Lumpur.

Prof Abd Rahman, a Principal Fellow at IKMAS, said the economic problems were worsened by a slump due to over-production and the price of rubber collapsed following a boom period before the war.  Even the large British-owned plantations reduced their labour force of mostly local workers who became unemployed with no reimbursements, though the European estates were later compensated after the end of the war by London. There was thus an immediate reduction in manpower in plantations with the outbreak of the war.

Heavier taxes were also imposed to finance the war in Europe, which did not go down well with the poverty-stricken Malays and fuelled anti-British sentiments, he said.  With finances tight and the economy in decline, the British authorities allowed the plantations to pay workers in kind rather than in cash.

Prof Abd Rahman said British colonial policies then not only brought about an economic slowdown but also social turmoil along with a clampdown on civil liberties, especially on the Malays. The British authorities were dismayed to find that the Muslims were sympathetic to the Turkish Ottoman caliph, an ally of the Central powers.

The government banned news from independent foreign agencies which reported Turkish advances during the war, such as the failure of the allies’ Gallipoli landings at the Straits of Dardanelles in Turkey in 1915. Even opinions about the rights of the Malays and Muslims were also banned from being published, he said.

The British also restricted fund-raising campaigns through the press and special mass prayers aimed at bringing victory for the Ottoman empire.

The heavy-handed censorship spelt the end of a popular Malay newsletter Neracha, which had raised awareness among Malays about self-determination if not outright independence. The demise of Neracha was a blow to many Malays who did not have much choice in their sources of news.

However, even when news was censored, the British could not stop the Malays’ admiration of the Ottoman Caliph. The Caliph was seen as the leader of Islam’s largest empire and a source of pride for Muslims around the world. It was the precursor to a series of uprisings and riots involving Muslims that led to the British army brutally suppressing nascent independence campaigners and the execution of several perceived ‘traitors’ and ringleaders.

Early modern Muslim rights activists such as coffee shop owner Kasim Mansur and missionary Nur Alum Shah preached for the downfall of the British empire as a Jihad because Ottoman Turkey had declared war on Britain and France. Kasim and Nur Alum were implicated in the so-called Mutiny of Singapore in 1915, arrested, tried and executed by firing squad along with the other surviving participants.

Prod Abd Rahman said initially the mutineers were Indian Muslim soldiers in Singapore who were about to be sent to the battle front but they were joined by local Muslims in Singapore and Johor. Other Muslims, such as the former editor ofNeracha, K. Anang, were exiled to the Dutch East Indies (Java).

Another tragic uprising was the ‘Peasant Revolt’ in Pasir Putih, Kelantan led by Haji Mat Hassan, better known as Tok Janggut, who was later captured, shot by firing squad and his naked body hung upside down in public.

Prof Abd Rahman said Tok Janggut was saddened to see Malays heavily burdened by taxation, discrimination against Kelantanese and general ill-treatment by the British. Tok Janggut was also influenced by the Jihadist movement against the British empire.

Prof Abd Rahman said that World War One was a global conflict between major European powers which wanted to protect their interests but had caused misery on the non-combatant colonies which had to endure oppression through no fault of theirs.

The war was seen by Malays as an attack on Muslims. It left a deep impression on them and shaped the political consciousness of the Malays against Western colonialism, which in turn led to the rise of national movements in the Malay-speaking world.