Bullying Has Spread To Universities 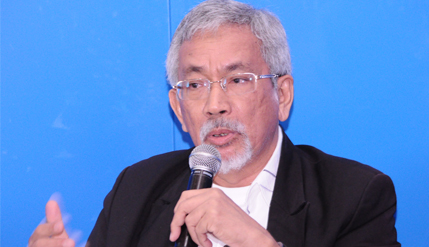 BANGI, 17 December 2014 – Bullying is not only a school problem but has now spread to both public and private universities and needed to be curbed immediately.

National PTA Collaborative Counci President Prof Dato’ Dr Mohd Ali Hassan said there should be cooperation between the  government, non-governmental organisations (NGOs) and private entities to deal with the problem from further spreading.

Speaking at a Bicara Persada forum of The National University of Malaysia (UKM) on ‘Bullying at School: Delirium or Reality’ here today, he said symptoms of bullying in modern times is difficult to treat with the burden on teachers today different from the past.

“These bullies are unsure of themselves. When they have problems, they do not know how to resolve them resorting to violence as a solution.”

He said some of them have family problems having parents who are short-tempered, irritable and intolerant.

From a social perspective, society that is divided into classes and ethnicities fosters the phenomenon of bullying. The concept of university life that divides the juniors from the seniors is also a major factor, he said.

Secretary-general of the National Union of Teaching Profession (NUTP), Lok Yim Pheng referred to a study conducted on 308 students which showed bullying in primary schools was higher than in secondary schools.

Bullying cases should not be taken lightly because their impact will continue to be felt by the victims even later in their lives.

“It will take a long time for victims to forget the incident while students who are victims will not be able to focus on their studies. Bullying do not happen only in the classrooms but also outside when teachers are not around,” she said

Lok said bullying also occur among teachers and has become a very worrying situation suggesting schools should set up their own committees headed by the discipline teachers to deal with the problem.

She regretted that schools and the community only pay attention to the students who bully but not those who are bullied.

However, Deputy Superintendant Foo Chek Seng of the Royal Malaysia Police believes that all parties are responsible for such cases saying that teachers, parents, police, the government, society and students themselves must address the situation.

He said the police have taken the initiative by appointing a School Liaison Officer to monitore such cases in schools.

The schools themselves with the establishment of the Police Cadet association and volunteer police from among disciplinary teachers should be helpful.

“The establishment of the Students Police Corps Volunteers (SUKSIS) in universities is a right step in curbing bullying or violence among students in higher education institutions apart from the volunteers learning about the police profession,” he said.

He was confident that the establishment of ‘Rakan Cop’ where members of the public are appointed to be the eyes and ears of the police can help to reduce bullying.