UKM: Varsity Volleyball Champion For 8th Year In A Row 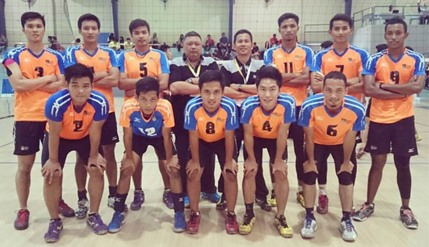 This was the eighth time in a row the UKM team won the event when they cruised to a 3-0 victory over Universiti Putra Malaysia (UPM) in the final.

UKM had first won the title at the Malaysian Universities Sports  Council Championship (MASUM) in 2006.

Team manager Major Mohd Jasmy Abdul Rahman attributed the success to the team spirit and the high level of discipline of all the players.

He said the players never tire of going for their practice and hoped that UKM will take part in more competitions this year such as the UTM Open, Batam Open and MASUM with the support of the UKM Sports Centre.