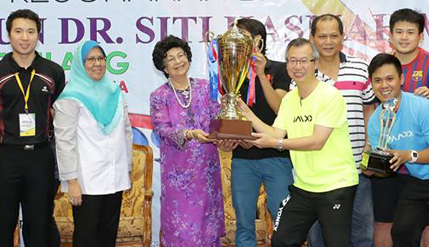 They beat the Navy A team despite having 2003 All England Champion Muhammad Hafiz Hashim in the finals.

Close to 40 teams took part in the four day championship which ended today, a platform to draw out young and up and coming badminton players.