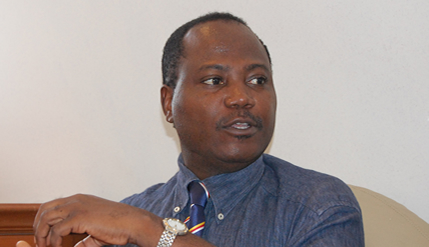 BANGI, 8 Aug 2010 — The lecturers of Universiti Kebangsaan Malaysia (UKM) are very effective motivators of their students, says a Nigerian doctoral graduate of the premier university.

He was the only Nigerian from among the 64 foreign scholars who received their PhD scrolls together with 169 local scholars at UKM’s 38th convocation here yesterday.

Muhammed Yusuf, 42, who hails from the city of Ibadan in Oyo state of Nigeria, said for his doctoral dissertation on self-efficacy, achievement motivation and strategies of UKM students, he had designed an instrument to gauge the confidence level of the students, how they were motivated to learn and what strategies they used.

“All the students of Year one and two felt that it was their lecturers who had motivated them to learn; in fact, all the students of all races said that it was their lecturers who had focused on them and motivated them,” said Muhammed Yusuf who was the only Nigerian scholar to receive his Ph.D in Education Psychology at the university’s convocation here yesterday.

He said he chose to develop his instrument to focus on the lecturers as a form of inspiration for self-motivation and self-efficacy of the students.

The findings of the research, he said, were applicable to any university and that was why he recommended that UKM develop a module for the lecturers to re-evaluate and motivate their students at the start of every semester.

“Get the top students to talk about their achievements and their strategies, and you will reduce the drop-out rate,” he said.

To Muhammed Yusuf, students tended to drop out not because they were low in ability but low in motivation. “You motivate them and you will cut down the drop-out rate!”

He also found human behavior to be a fascinating field to study, as each human has its own unique character. “I am also sociable by nature and I want to deal with real life, not the abstract,” he added.

Asked why he chose to come to UKM, he said he met some Malaysian students when he was studying at Al-Azhar University in Cairo and he was both intrigued and impressed when he visited them in their building. He was told about UKM and through a Nigerian friend, Ahmad Oni, who was studying at the International Islamic University, he obtained the application forms for UKM.

Muhammed Yusuf who is married to a  Nigerian businesswoman has two children, the eldest, 13, is in Ibadan with his mother, and the second, 2, was born at Hospital UKM after his wife joined him three years ago.

From his stay in Malaysia where he found the people of all races to be friendly, he said he could speak four languages – English, Arabic, his mother tongue Yoruba and Malay.

Asked about his happiest moments in UKM, he said it was when he attended the seminars, conferences and workshops of the university. “I am always excited by knowledge and UKM has so many of these seminars that I could go to,” he said.