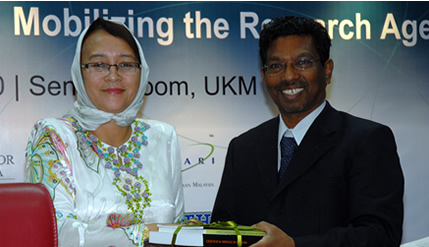 BANGI, 13 Dec. 2010 – A high-level workshop of experts and officials is underway at Universiti Kebangsaan (UKM) here today to discuss and gather inputs for the Government to formulate its policies and solutions on the impact of climatic change on Malaysia’s biodiversity.

UKM Deputy Vice-Chancellor Prof Dr Rahmah bt Mohamed (Research and Innovation Affairs) in her opening remarks said that the workshop is to address the inter-related issues pertaining to climate change and its impact on biodiversity in Malaysia.

The issues are complex and cannot be tackled by any single organisation and as such, they had to get experts from different disciplines and organisations to the workshop to formulate policy inputs and possible solutions to forward to the central government.

“Hence , the outcome of this workshop is significant as it will determine our future responses in mitigation and adaptation in climate change and biodiversity in Malaysia. The synthesis of this workshop will be submitted to the government as a policy brief,” she added.

Climate change, she said, is now a global phenomenon and a major threat. This is manifested by the changes and frequency of unusual weather patterns such as extreme dry or wet conditions that caused prolonged drought as well as severe flooding, leading to substantial damages in the water resources, ecosystems, coastal areas as well as losses of property and lives.

Climate change will thus have a great impact on biodiversity in terms of species loss and reduction. 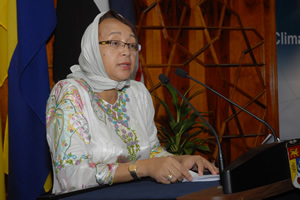 She said recent observed changes in the climate have caused consequent changes in species distribution and population sizes, timing of reproduction or migration events and increase in frequency of pest and disease outbreaks.

At the same time, biodiversity plays a role in climate change adaptation and mitigation.

“Biodiversity contributes to many ecosystem services, including provision of food and fodder, nutrient cycling and the maintenance of hydrological flows. In this regards, maintaining biodiversity and associated ecosystem functions is an important component of climate change adaptation.”

Prof Rahmah hoped the workshop can also identify the knowledge gaps so that research needs on climate change and biodiversity can be prioritised.

She highlighted the significant role played by UKM in research on climate change and biodiversity, stressing that as a research university with 2254 academics, UKM is also a resource of multi-discipline talent base. 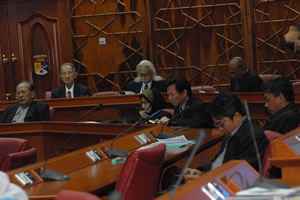 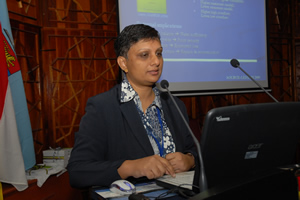