Malays needed to be skilled in Science and Technology 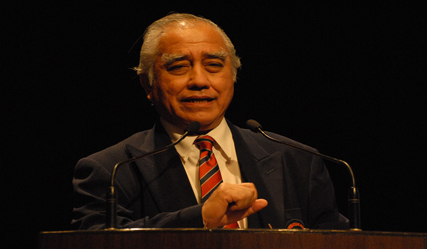 KUALA LUMPUR, 15 Dec. 2010 – The Malays needed to further increase their knowledge and skills in science and technology, in order to improve themselves as such achievements were crucial in ensuring the country’s move towards becoming a developed nation.

The Vice Chancellor of University Kebangsaan Malaysia (UKM), Prof Tan Sri Dato’ Sharifah Hapsah Syed Hasan Shababudin said here today that many innovations in science and technology in the old Malay community were closely related to their day to day activities and work.

Many products of science and technology were also brought into the country through Melaka from Venice, West Asia, China and even the Portugese who had planned to setup a factory when they were in control in Melaka, she said at the International Conference of Science and Technology in the Malay World (SALAM1)

Even during the last moments of the fall of Melaka, the science and technology at the disposal of the Malays then were of no match to the technologically advanced power of the Portuguese armada, or even against the attacks of the Dutch or the British.

“We needed to learn from those events in our history” she said expressing the hope that the conference would help to reorientate views of the orientalists who were more interested in researching on unscientific things, such as myths and legends, as if there were no scientific thinking or technological advancement within the Malay world.

Her speech was read by the Director of Institute of the Malay World and Civilisation (ATMA), Prof. Dr Abdul Latif Saiman.

The Chief Executive Officer of Nusantara Technologies Sdn. Bhd. Datuk Ghazali Mohamed Yusoff said that, Malays should change the way they think and their perceptions about science and technology.

The Muslim community and the Malays needed to be conversant in such knowledge. After all science and technology is also a part of knowledge in Islam, he said. 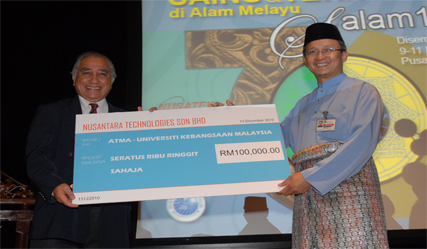 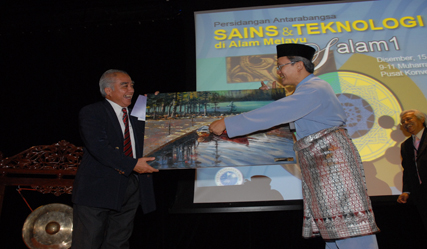