UKM to Set up a Graduate School in Yemen 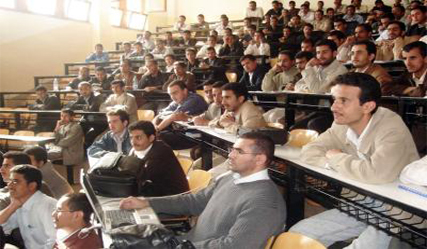 The univdersity was now finalisisng details of the post graduate programmes in Food, Dietary, Business Management (MBA), Computer Science and Technology and Built Systems. It hopes to extend the programme to offer doctorates later.

In an interview with UKM News Portal he said the legal and financial aspects were being negotiated and would be brought to UKM’s Management and the Ministry of Higher Education.

Yemen has chosen UKM for the programme as it was satisfied with the university’s educational standard which is acknowledged and accepted at the international level.

Though it is not placed among the top 100 universities of the world it nonetheless is ranked in the top 300 best in the world. A few of its major programmes like engineering has received recognition and accreditation under the Washington Accord.

Such accreditation enabled its engineering graduates to be recognised in US, UK, Australia and many developing countries.

That had influenced Yemen to accept the UKM programmes while the university had also not faced any significant competition from the developed countries who were not that keen in investing in a developing country like Yemen, Prof Hasan said.

All the programmes will be conducted in English, as the international working language and this had also attracted the Yemenis.

The school will begin with an intake of students for food sciences programme most probably in the middle of next year or in September once all the required approvals were obtained. This will be followed by the Masters in Business Administration (MBA) programme. The programmes will be for two years with a total of 20 students per class.

Prof Hassan expected a good response to the programmes as there were not many post graduate programmes being offered in Yemen currently. UKM had undertaken the programme in the spirit of cooperation and assisting an Islamic country to develop its human capital thus assisting in the overall development of the country.

“UKM’s lecturers posted there will also have the opportunity to perform their Hajj and Umrah as Yemen is near to the Holy Land,” he said. They will be provided with all the facilities needed and given appropriate allowances.

UKM had previously organised a number of overseas programmes but on a long distance learning basis where lectures were given via video conferencing and students supervised from Bangi through the internet and e-mails.

“We have done this with students from Airlangga University in Indonesia using video conferencing while we also combined face to face learning with electronic teaching methods with Lal University,” said Prof Hasan.