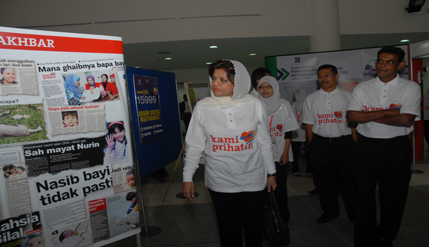 BANGI 26 July 2010 – The government is concerned over the rise in cases of newly born babies being abandoned and left to die in unlikely places like rubbish dumps and had thus set up centres where such babies can be left to be cared for.

Minister of Women, Family and Community Development, Datuk Seri Sharizat Abdul Jalil said that the setting up of the centres should not be misconstrued that the government was encouraging pregnancy out of wedlock.

Launching the ‘Kami Prihatin Progam’ (We care) in UKM on Saturday she said it was a delicate issue and the Ministry did not want to send a wrong message. Just because there are centers that these irresponsible can go to that did not mean it was an easy way out for them.

She said increases in such cases combined with mass media reports showed that the worsening problem needed to be dealt with immediately. “In tackling this problem we must be careful that the  message we sent  to society must be positive. We never want to encourage this situation even when we are forced to set up the centres”.

The ‘we care’ programme was initiated by Utusan Malaysia in collaboration with the Artistes Association, KARYAWAN and Astro TV. The programme launched together with Zaaba College UKM is to publicise the social ills that had arisen from unwanted pregnancies leading to cases of newly born babies being abandoned.

About 2,0000 students of the College and from around Bangi were given exposure on the various forms of social ills and especially on pregnancy out of wedlock that had led to such cases.

The campaign which was launched in April by Utusan Malaysia after realising that something needed to be done to curtail such cases.

Praising UKM’s students for their caring attitude in organising the programme, she hoped that it would create a new kind of peer pressure to the young to do good.

UKM is the first public institution of higher learning to take part in the campaign to curtail unwanted pregnancy. 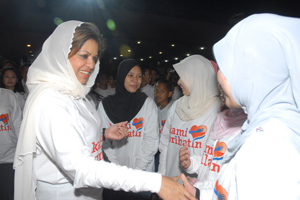 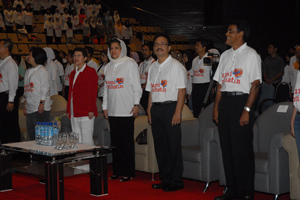 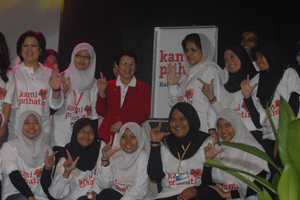 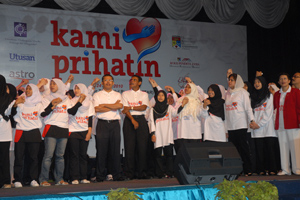