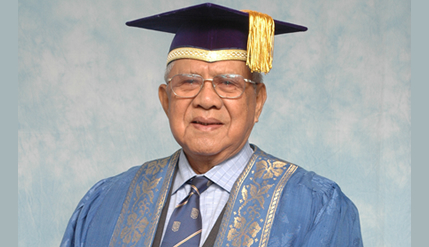 As UKM  Pro Chancellor, Tengku Rithauddeen contributed much to the development of UKM as a well-known university in this region and in the international arena.

Tengku Tan Sri Rithauddeen, who is a law graduate, began his creer in the Judicial and Legal Service since 1956. He later joined politics and held various positions in the cabinet as deputy minister and minister from 1970 to 1990.

He is now involved in the corporate world and holds various  positions either as director or chairman of companies.