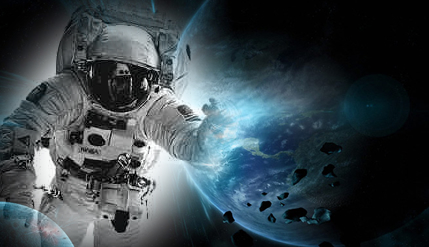 BANGI, 28  June, 2010–   Universiti Kebangsaan Malaysia  will host about 100 astronauts/cosmonauts from 35 countries when they land in Malaysia for the 23rdPlanetary Congress of the Association of Space Explorers (ASE) this coming October. This year’s theme is “One Planet, One Hope, One Future,”

ASE in collaboration with the Institute of Space Science (ANGKASA), UKM is finalising details of the event including activities for the astronauts.  ANGKASA director, Prof. Dr. Mohd. Alauddin Mohd Ali who is leading the project said that all the astronauts will be in UKM for a day sharing their experiences and knowledge with students.

Another four will later spend another day in the campus to enable the public to rub shoulders with them. Among them will be the first Muslim astronaut, Prince Sultan Salman, a nephew of King Abdullah ibn Saud of Saudi Arabia.

Cosmonaut Datuk Dr Sheikh Muszaphar Shukor Al Masrie bin Sheikh Mustapha who is an executive committee member of ASE said UKM was chosen as it is the leading university in the country for space research and education. UKM also has the capabilities to handle such a momentous event having shown positive interest in wanting to be a part of it.

Also will be present is Chris Hadfield the president of ASE was the first Canadian to walk in space. Hadfield has flown two space shuttle missions, space shuttle Atlantis mission to the Mir space station and to the ISS flown by Endeavor to install a robotic arm.

The ASE gathering is held in different places every year. This year Malaysia was chosen to be the vanue of the congress.