Malaysia is ready for nuclear energy 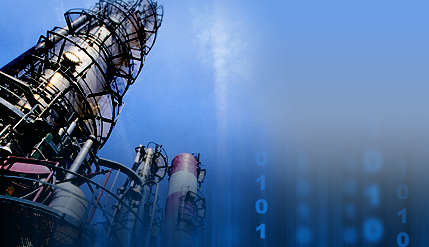 Bangi, 3 June, 2010. — Malaysia is ready to operate its own Nuclear Power Plant (NPP) and will not face any problems as it has enough qualified manpower to oversee the implementation and operation of a nuclear powered electricity generating plant (NPP). In fact, Malaysia has been sending its officers to Australia for training in nuclear science since 1985.

Safety  is an important consideration in having an NPP and will not be ignored, said Professor Emeritus Datuk Dr Nooramly Muslim, Chairman of Malaysian Atomic Energy Licensing Board.

Prof Nooramly who is also with the Faculty of Science and Technology, Universiti Kebangsaan Malaysia said that Malaysia has already produced about 900 graduates in nuclear science from UKM including masters and PhD holders, 95% of whom are in the country who have the expertise and experience to run NPP.

“Actually  we need a start-up time of between 10 to 15 years before the plant can be brought into operation following the government’s decision to have its first NPP plant in 2021,” he told UKM News Portal in an exclusive interview during the two-day workshop on Nuclear Energy which was held here.

Some 33 nuclear experts from 14 countries attended the workshop hosted jointly by UKM and University of Tokyo.

Malaysia will follow Indonesia, Vietnam and Bangladesh which will be using their first NPP in 2020.

Nooramly said Bangladesh even though not as industrialised as Malaysia will have its NPP in 2020. It can also tap into the thousands of its experts and staff trained in nuclear science now working in advanced countries.

He said even thought the cost of buildidng a NPP is very high up to US$6billion, depending on its size and where it is sited, it can be in operation for about 60 years and will benefit up to two or three generations.

Touching on the fear of the people for such a plant, Nooramly feels there awas a lack of information abaout nuclear power and the authorities needed to keep the people informed of its advantages. Countries in Europe like Switzerland and Britain which had stopped using NPP at one time are now using it again.

Nuclear power is clean but the people have the wrong perception which in part is also due to the misuse of nuclear weapons in the second world war.

“People talked about safety but remember there had only been two accidents involving NPP. But these are due to human errors and the lack of safety devices. Today’s second and third generation NPPs are safer and we will build our NPP incorporating these new safety measures and sophisticated technology.

The General Manager, Department of International Affairs of the Japan Atomic Industrial Forum Incorporation, Mr Tomohiko Kita, said that Japan have the experience having used nuclear energy for some 50 years.

“No doubt we were the victims of misuse of nuclear weapons but that was during the war. Today we teach our children while in school on the good use of nuclear power. I live in Hiroshima and we teach children from young about nuclear energy and power. You can learn from our experiences in educating the people to accept nuclear power,” he said.

He said Japan, Korea, France and Russia may offer some financing packages for the Malaysian NPP. Hitachi, Mitsubhishi  and Toshiba are nuclear vendors. “Maybe we can propose a package that includes teaching, training of staffs, technology transfer, construction and maintainance.
Previously people are scared about safety of NPP but no longer so with all the safeguards in place Tomohiko said.