Muslims need not be apologetic in facing current challenges 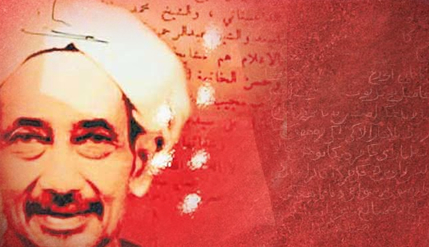 BANGI, 17 June 2010- Muslims should not be apologetic when facing current challenges by reverting to its glorious past but should instead focus on its dynamism and its present reality.

Thus the approach taken by Muslims in responding to all issues needed to be re evaluated. This requires a change in focus by reverting to the history of its adherents rather than merely from the perspective of Islamic history. This was stated by Prof. Dato’ Dr. Ismail Ibrahim in his Syeikh Abdullah Fahim Chair lecture on the topic “One Malaysia, Civilisation and National Identity: The Hadhari Approach

Though both approaches can bring to the same conclusion the emphasis should focus more on current realiies in seeking a more practical and viable solution, he said.

Muslims today faced various challanges from internal conflics due to different interpretation about the religion to petty matters like differences in the madzhab schools of thought in jurisprudence, branches of Syariah, partisan politics and numerous other issues that should have been resolved ages ago. The differences had created divisions among the Muslims and prevented them from reaching a consensus to develop themselves and their communities.

Prof. Dr. Ismail also said that Muslim must be prepared to change. If education is an agent of change that could change the image and fate of the Muslims, then research must be done as to what is wrong with the education systems in Muslim countries.

Islamic education should not only be limited to memorisation of the Quran, the formal rituals and Islamic studies. Islamic studies needed stronger resolve in philosophy and to be more open to global challenges. Only then can the Muslim nations create intellectuals who can think and work towards developing their nations and civilisation on to the right path.

He said UKM as an institution of higher learning founded on the inspirations and objectives of elevating Islamic civilisation should play a bigger role in Islamic research in all levels of Islamic studies in the country.

At the same event a Memorandum of Understanding was signed between UKM and The Islamic Religious Development Department (JAKIM) with the handing over of a cheque while a book entitled:  Jati Diri Kebangsaan Manhaj Islam Hadhari, a collection of working papers by UKM’s academic staff was also launched.