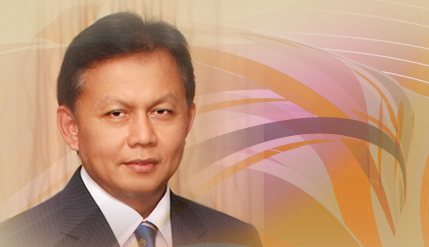 The academic excellence of Prof. Dato’Dr Lokman Saim, the Dean of the Faculty of Medicine and Director of UKM Medical Centre was given international recognition when he was confirred the title Clincal Professor by Macquarie University, Sydney, Australia.

The appointment effective from May 1 this year is for a two year term. A letter to this effect from Macquarie University dated 20 April 2010 said the award is given based on his expertise in the field of otorhinolaringology and in recognition of his excellence and reputation in clinical work, education and research in the Asian Pacific region. Macquarie Univesity runs the Australian School of Advanced Medicine.

With the appoinment Prof Lokman is allowed to use the title Clinical Professor in all his communications and given the status of honorary member of the Australian School of Advanced Medicine. He is also given the privilege to use the Macquarie University facilities including the university’s email address.

Prof Lokman considers the award as an encouragement to all staffs of  UKM Medical Centre and to UKM itself  in its effort to make its mark internationally.