UKM’s volleyball team champions for fifth time in a row 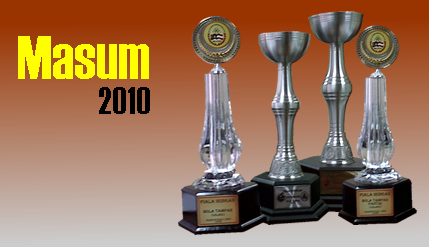 UKM’S indoor volleyball team emerged as the champion for the fifth consecutive time at the Malaysian Universities Sports Council meet in UiTM, Arau, Perlis from May 16 to 21. They beat the UiTM team 3 – 0 in the finals.

In the beach volleyball competition its pair of Mohd Fitri Salim and Tan Song Wee also emerged the champions when they beat the UTM, Skudai pair 2-0 in the finals.

The team will represent Malaysia at the Asean Universities sports meet 2010 in Cheingmai in December.

“We hope the UKM team can maintain its run at future championships. We also hope the win will spur other students of the university to excell not only in sports but also in their studies.”

The UKM team had emerged the winner since 2006 when it beat the UM’s team. This was followed by beating UTM in 2007, UiTM Sabah in 2008 and the UPSI team last year.

Success can only be achieved when there is discipline among the players something which I had always stressed with them and especially punctuality and consistency in training, said Jasmy

“The players train twice a week in the evenings together with the beach volley ball team using the beach court we built filled with beach sand just outside the indoor court.” 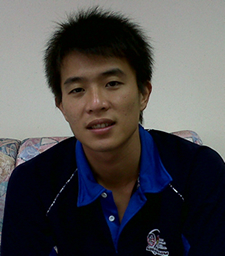 Jasmy said the players have a strong sense of esprit-de-corp and commitment to the game with high competitive spirit wanting to succeed. An example was the finals with UPSI in 2009 when our team was already down by two games. Their never-say-die spirit saw them winning the third set and followed that up winning the fourth and fifth set to emerge the champion.

Fresh students are being encouraged to participate in sports activities as this will not only ensure a healthy body but also a sharp mind. University  education should not only be confined to studies and lectures as students who are active in sports also excel in their studies, said Jasmy. For example Tan Song Wee who won the beach volleyball partnering Mohd Fitri Salim obtaianed 3+ in his CGPA and intends to continue to read for his MBA.

The team had also participated in World University Games in Bangkok in 2007 emerging the runners-up to Thammasat University while last year it emerged the winner beating Indonesia at the Sukma-Lindo.

UKM volleyball team received an allocation of RM150,000 a year as the Focus Sports compared to the RM900,000 given to criket as the Excellent Sports Centre.

The univerwity also rewards its players by allowing them to stay in the campus for free for two semesters (gold medal winner) and one semester (for silver medallists).