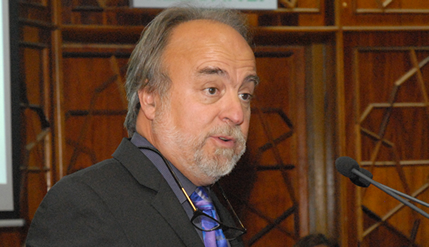 BANGI, 28 Oct. 2010 – The “Great Recession” of 2008 is now facing an uneven recovery across geographies and sectors with Asia, especially Asian industry, emerging as an “engine of growth”, said a Harvard professor here today.

Professor Denis J. Encarnation said there is also a wide variance in the recovery which has also altered the relative rankings of countries, starting with the BRIC nations (that is, Brazil, Russia, India and China).

Prof Encarnation said this during a lecture on “Asia in the World Economy: Before and After the ‘Great Recession’ of 2008” at Universiti Kebangsaan Malaysia under the Harvard Ezra F. Vogel Malaysia/Singapore Initiative Public Lecture Series 2010, which was the third to be sponsored by the Lam Kin-chung Morning Sun Charity Fund of Hong Kong.

He said the “Great Recession”  also saw the largest decline in global wealth since the “Great Depression”  of the 1930s, and the most rapid recovery, albeit an uneven one with a wide variance.

GDP is the market value of all the goods and services produced within a country and is generally used to measure the wealth and standard of living of a nation.

“The BRICs are now in their 2nd decade of being centers for wealth creation,” said Prof Encarnation, who has recently retired from Harvard University where he spent the first half of his nearly 30 years of service with the faculty of the Harvard Business School. 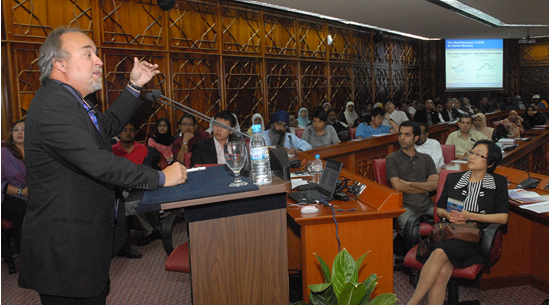 He then joined the Centre for Business and Government in the John F. Kennedy School of Government and founded the centre’s first Asia Programme. He had taught an award-winning course on Asia in the World Economy to hundreds of graduate students from Harvard, MIT and elsewhere. Currently, he consults for multinational corporations, government agencies and non-governmental organizations.

He said below the BRIC, a wider geographic dispersion of wealth creation could be found across the Asia-Pacific, Europe and the Middle East.

He also said that one source of recovery and growth is trade, which remains concentrated geographically where the top three – Germany, China and USA – accounted for 25% of the total merchandise exports in 2008.

Another source of recovery and growth is productivity although the relative productivity of labour varies widely across geographies and sectors.

“For China, India and much of emerging Asia, productivity is the next challenge… and the next opportunity,” he said.