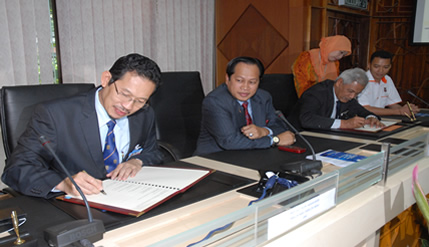 BANGI, 12 Oct., 2010 – The Youth Empowerment  Centre (PERKASA) set up by UKM to rehabilitate youths involved in negative and unsocial behaviours like illegal racing is ready to cooperate with any organisation willing to help the youths.

Its set up is also proof that UKM have the resolve to help the government in carrying out programmes for the benefit of the delinquent youths.

“Perkasa can plan, implement and evaluate youth programmes that could be the catalyst to help shape the way forward for these dilequent youths so that they can be useful members of society and be the pride of their family and country,” he  said at the Memorandum Signing Ceremony between UKM and FELDA, yesterday.

The MoU, he said, will enable the university to carry out programmes to help reduce involvement of youths from FELDA in various unruly and unsavoury activities to become more resilient and responsible by developing their true potentials.

“But whatever the reasons they definitely are the victims of their home environment which are not condusive to good living. Something must be done to overcome this problem,” he stressed.

The first programme organised by PERKASA involved 34 youths who showed that the wayward groups can be rehabilitated.

At the signing ceremony FELDA was represented by its Deputy General Manager, Haji Abidin Abdul Rahman while Deputy Minister in the Prime Minister’s Office, Datuk Ahmad bin Maslan was present as a witness. 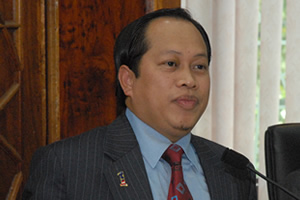 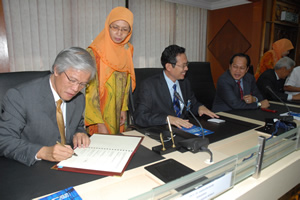 Datuk Ahmad said the number of FELDA youths involved in illegal motorcycle racing is actually not very big, 2000 out of two million people in the various schemes of Felda.

Today only about 1,400 of them are still active while a few are involved in drug addiction, cases of incest and pregnancy out of wedlock.

But Datuk Ahmad said they are also many successful children of FELDA settlers who are now professionals including becoming judges.

“The programmes are designed to help bring down the crime rate among FELDA settlers to zero and making them to be proud residents of the rural areas,” he said.

The UKM-FELDA Revitalising Youths Program is in addition to FELDA Youths Vocational Training, Settlers Brigade and Rela Squads formed for the benefit of the younger generation living in FELDA settlements. 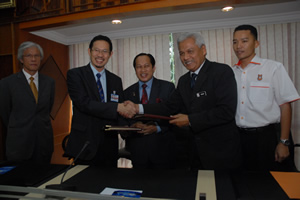 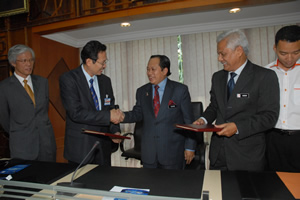