Decline Of Egyptian Civilization And The Rise Of Europe 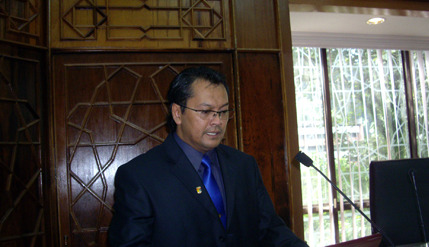 BANGI, 21 Dec 2012 – Egypt, a nation once regarded as advanced in industry and science, went into decline because it was unable to keep up with scientific progress and innovation in Europe.

The differences between Egypt and Europe was not just a clash of Islamic and Christian civilizations but also of supremacy and monopoly of trade by Europe since the late 15th century after the dominance of Egypt waned.

This was stated by Professor Dr Wan Kamal Mujani,an expert in History and Islamic Civilization from the Institute of West Asian Studies (IKRAB) of The National University Of Malaysia (UKM) at a public lecture on Egyptian Industry versus European Industry: from Interactions to the Clash of Civilizations in the campus here today.

The lecture which focussed on the Mameluk rule in Egypt was organised by the Department of Arab Studies and Islamic Civilization (JPATI) of UKM’s Faculty of Islamic Studies and IKRAB.

During the pinnacle of Mameluk rule, said Prof Wan Kamal, Egypt was the focus of  European traders and merchants who wanted to buy goods made by Muslims ​​in the industry and its impact was that Egypt profited from its trade with European merchants.

Even before the early rule of the Mameluks, the Fatimi and Ayyubi Sultanates in Egypt was already advanced in Science and Industry while Europe was still in the Dark Ages. During that time many goods from the Islamic world, especially from Egypt, found their way into Europe. Among the goods were sugar, silk, textiles of cotton, soap, several types of paper, porcelain vases, brass implements and many others.

Europe had yet to produce those goods. It was then more economical for Europeans to import from the Muslim countries than to produce the goods themselves because mass production was still not known then.

However, when Europe went through the Renaissance and Industrial Revolution in the late 15th century, the industries in Islamic nations had not changed much. They still used the traditional methods of production which produced goods of uneven quality in limited quantities.

Europe had then forged ahead with their own innovations in engineering for industries that competed and surpassed the Islamic states. The result was that the Muslim nations imported European industrial goods that were cheaper and yet of high quality.

He said it was important to note that the Europeans learnt much from Muslims during the early stages of industrialisation and developed the methods further in innovating production methods. As an example, glass-making in Europe became more advanced than the Arabs from whom they learnt the original skills.

Prof Wan Kamal said the golden age of Egypt was in the days of the Bahri or Turkish Mameluks. Originally they were slaves of Turkish descent who were freed and served in the military during the Ayyubi sultanate. They later seized power and established the Mameluk sultanate.

While the Burji or Jarkash Mameluks (Circassian Mameluks) were natives of the Caucasus, now located in Russia. They were also slaves who were freed and later served in the Bahri Mameluke army until they took over the government and founded the Burji Mameluk Sultanate.

History notes that they were valiant and skilled in battle, as well as in the strategy of war. The capability of Mamelukes in political, economic and social development could be seen through the survival and continuity of this government that lasted almost 250 years.

Mameluke rule ended in 1517 with their defeat at the hands of the Ottoman Turks. The Ottoman rule held sway until they, too, were defeated by the French revoloutionary forces under General Napoleon Bonaparte in 1798. This marked the start of an era of European domination in Egypt.

ProfWan Kamal said a lot of research had been done and debates made on the development and progress of Egyptian civilization. However, the aspect of competition between Egyptian and European industries received little attention. He believes that it is important to study how the East and West competed with one another and the eventual dominance of Europe.

He did several studies on the economic history of the Middle East, the Mediterranean and the Levant, the Historiography of Islam and the history of early and medieval Islamic civilizations.

One of his projects on the fall of the Mameluk dynasty, titled The Economic Decline of the Circassian Mamlukes in Egypt won him a BRISMES Research Award, in the United States. 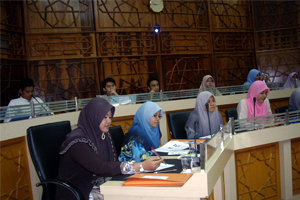 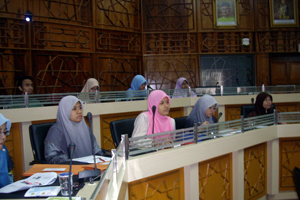