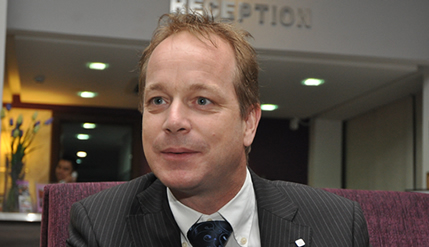 BANGI, 16 July 2012 – The International Committee of the Red Cross (ICRC) has praised The National University of Malaysia (UKM) for helping to successfully organise several training sessions on International Humanitarian Law (IHL) in the country.

The Head of the Regional Delegation of the ICRC, Tobias Epprecht said it has been having excellent working relationship with the Law Faculty of UKM and would like to continue and further strengthen that relationship.

Speaking at a dinner function in conjunction with the seventh Southeast and East Asian Training Session on IHL at Bangi this evening, Epprecht hoped for wider participation from national institutions, academics and government officials in the sessions.

Epprecht said ICRC will undertake a communications campaign to raise awareness of its humanitarian and neutral roles in armed conflicts Worldwide lamenting that threats to healthcare and other humanitarian workers in war zones and denial of access to victims of conflicts have become worse.

Such attacks on workers and institutions helping victims of war are in violation of international humanitarian law.

He said that there was a need for better observation of the sufferings of peoples as a consequence of armed conflicts in North Africa and the Middle East, citing the example of the ICRC being the first international humanitarian body to be deployed in Libya in February 2011.

This is the third year of the programme being held in UKM after ICRC signed a Memorandum of Understanding (MoU) with the university in 2010. Apart from the holding of the training sessions, the MoU also enables UKM academic staff and students to take part in attachment stints at its regional office in Kuala Lumpur.

The training programme being held is aimed at improving and strengthening knowledge of the law related to armed conflicts and other acts of violence and to promote understanding of IHL among academics, government officials and those involved in civil society in the region.

It consists of a series of presentations by scholars, military experts and the ICRC on IHL as well as case studies on legal challenges faced by volunteers when carrying out their humanitarian activities to help victims of conflicts.

Topics covered include armed conflicts and other acts of violence, the protection of people deprived of their liberties, assistance and humanitarian action that could be resorted to, the conduct of hostilities, international humanitarian law and the fight against terrorism and the enforcement of IHL.