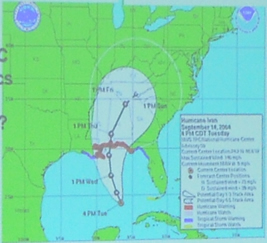 BANGI, 14 May 2012 – Asian countries should cooperate and share data to address common problems related to the impact of climate change and global warming, says a world-renowned climatologist from Cambridge University.

Professor Julian Hunt told a forum here today that individual Asian nations of varying economic levels may find it hard to deal with such issues on their own.

Prof Hunt, who is a fellow of the Malaysian Commonwealth Studies Centre, Cambridge, said exchanging information on the weather and ocean currents are two of the most basic ways of sharing the data.

He, however warned that more needed to be done, as shown by the 2004 tsunami that devastated much of the areas around the Pacific and Indian Oceans.

He said a nation which can alert a less-developed neighbour about an impending storm or any changes in the climate or weather may help save many lives and avoid much damage.

Prof Hunt was speaking at a forum in The National University of Malaysia (UKM) organised by the Southeast Asia Disaster Prevention Research Institute of UKM (SEADPRI-UKM).

SEADPRI-UKM was established in June 2008 to address crucial challenges on disaster risk reduction in the Southeast Asian region.

The forum was moderated by Deputy Director of SEAD-PRI, Prof Dr Joy Jacqueline Pereira, Principal Fellow and Lecturer at UKM’s Institute for Environment and Development (LESTARI).

The importance of having a research focal point in the region was felt when Malaysia and its neighbours grappled with various issues related to science and governance in facing the December 2004 tsunami disaster.

The Cambridge professor called for better networking as it would make the job of disaster-mitigation better coordinated.

He said that exchange of information is still a contentious problem even in the developed nations because of political and cultural differences.

As an example, he said it is generally known among the climatology community that the United States still do not pass data to Mexico about the rivers they shared in their common border areas.

Prof Hunt said there are major corporations in the US which were able to monitor the environment but kept the information secret even from Washington so that they would have better competitive edge against their competitors.

The private data may be used to gain the upper hand over national governments and other companies in the global market place.

Such corporations are usually involved in producing food and beverages, and if they knew the medium-term weather conditions they could reap huge profits in the sale of crops, he said.

Some of the companies use the excuse of national security or non-interference of other nation’s affairs for the confidential information.

Answering a query from the UKM News Portal, Prof Hunt stressed that Global Warming and Climate Change due to the burning of fossil fuels and carbon emissions are very real risks despite what sceptics claim.

He said the evidence are in the data collected in the last 40 years by many researchers and leave little doubt to the conclusion.

He said some sceptical scientists had only used data of mean ocean surface tempratures to argue against global warming, which in itself is not enough.

Nevertheless, temperatures below the ocean surface were rising leading to significant sea-level rise, especially in the tropics.

He added that the evidence made it even more vital to have networking among Asian scientists to address common problems.

He said the general public respond better to initiatives that are intergrated, rather than action taken by individual groups or nations.

Prof Hunt’s is currently Emeritus Professor of Climate Modelling in the Department of Earth Sciences and Honorary Professor of Mathematics at University College London.

He is a Fellow of Trinity College Cambridge and an Honorary Professor in the Department of Applied Mathematics and Theoretical Physics, University of Cambridge.

He is also a J M Burgers visiting professor at the Delft University of Technology, Visiting Professor at Arizona State University and Hong Kong University

He was Director-General and Chief Executive of the British Meteorological Office from 1992-1997.

He was created a Baron in the House of Lords (with the title Lord Hunt of Chesterton) in May 2000.

He is vice chair and a director of Globe International, which brings together legislators across the world focussing on legislation concerned with the environment.