UKM Don Made Fellow at Academy of Sciences 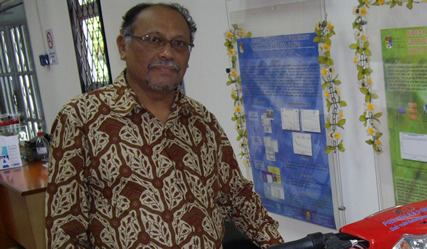 BANGI, 21 May 2012 – Director of Fuel Cell Institute at The National University of Malaysia (UKM), Prof Ir Dr Wan Ramli Wan Daud has been appointed a Fellow of the Academy of Sciences Malaysia (ASM).

A statement from ASM today said the appointment was made at its 17th AGM on 28 April 2012.

A conferment ceremony will be held to commemorate the appointment on a date to be decided.

The Fuel Cell Institute was established in 2005 as an independent research and development administrative unit of UKM. It officially began operations following Prof Wan Ramli appointment as director.

It is the first Malaysian research institute to conduct studies on fuel cell and hydrogen energy.