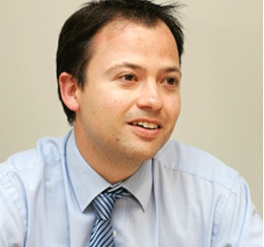 BANGI, 3 Oct 2012 – A technology transfer company of the University of Oxford is offering its services to Malaysian researchers including those from The National University of Malaysia (UKM) seeking a global audience for their inventions or products.

The company, ISIS Innovation Ltd, is offering fair terms for its services as it hopes to attract more innovators and researchers to use its services.

Its Senior Consultant, Terry Pollard said ISIS has done some business in Malaysia before and found the response heartening.

Giving his keynote address on ‘Technology Commercialisation at the University of Oxford’ at the 2012 Tuanku Ja’afar Law Conference and Workshop on Academic Entrepreneurship and University Start-Ups here today, Pollard said ISIS will help them commercialise their findings.

The two day conference which ended today delves into the role of universities in national and regional economic development. Pollard is one of six participants giving their keynote adresses.

The conference brought together experts from academia, entrepreneurs, government and industry to exchange ideas and debate emerging issues in academic entrepreneurship and university start-ups.

Pollard said ISIS is ready to support researchers who want to transfer technology.

He acknowledged that scientists have every right to be wary of offers of cooperation as in the rush to commercialise what was once academic research, issues on ethics and contractual obligations had been raised.

Pollard said that he is on a worldwide mission to find friends for the Oxford University-owned “technology transfer” company which wants to have long lasting partnerships and not in just for a quick buck.

Established in 1987, ISIS is now behind seven or eight new companies starting up every year. Mr Pollard, however, said it preferred technology to be sold to firms established in the market place.

Before the existence of ISIS, a new company would start up about once every two years as a result of research at Oxford University. But entrepreneurs and inventors often lacked the skills or know-how to market what they had created or invented, Pollard said.

In the company’s early existence, it had focused on developing firms in Oxford, but now worked from a global perspective. It had helped develop projects in many areas, including those involved with tidal power, chemistry and medical devices and vaccines.

ISIS, he said, tries to bring technology to society and would thus not work with the tobacco or armaments industries.

It gets an annual grant of about 2.5 million pounds sterling (RM 12.5 Million) from Oxford University to develop patents with the returns given back to the university.

Pollard has an MBA from London’s Imperial College with a business consultancy background. He had also tried his hand at setting up his own business.