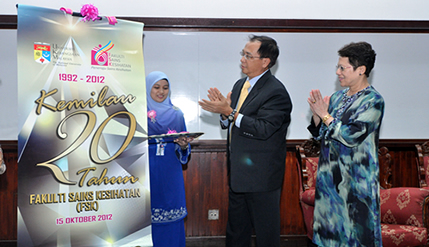 KUALA LUMPUR, 15 Oct 2011- Researchers and Academics in the Faculty of Health Sciences (FSK) of The National University of Malaysia (UKM) have been urged to continue opening new frontiers in the field.

Chairman of the UKM Board of Directors, Professor Emeritus Dato’ Dr M. Zawawi bin Ismail said he is proud of the faculty’s high reputation as an examplary body and because of that reputation the public expect nothing but the best in its programmes offered and services rendered.

Speaking when officiating the faculty’s 20th anniversary celebrations here today, he said despite such a reputation all its past achievements would not guarantee its future status. It wil thus have to be able to anticipate future needs of a more discerning society.

Prof Zawawi said FSK has contributed much in carrying out research in the field of health sciences gaining many world class achievements.

He mentioned a few like the breakthrough in reversing osteoporosis with palm oil based vitamin E, fighting cancer cells using algae, pioneering a way to treat metabolic syndrome which is the cause of many lifestyle diseases using Kadokleaves used as ‘ulam’ by the Malays.

Prof Zawawi also mentioned several other innovations which are going through commercialisation process such as a tool kit for detecting dyslexia in children, mosquito repellent made from local herbs and several others which are pending patent approval.

Those are just a few of the achievements made by FSK which goes undetected by the public, he said.

He also cautioned FSK not to fall into complacency but continue to maintain its position and competitive edge so that it will not be over taken and forgotten. 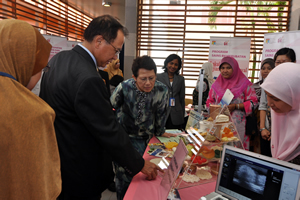 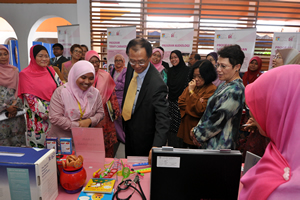 FSK, he said, needs to continue moving forward for the benefit of society reminding it to recognise the impact of social media which can ruin an organisation’ reputation. All it takes is just one disgruntled student or an employee who is treated unfairly to put up a negative entry.

Social media can make their complaints and grievances go viral and will this tarnish an organisation’s good reputation even if the allegations are suspect.

The faculty should look into how social media can be utilised to enhance its reputation and promote collaboration.