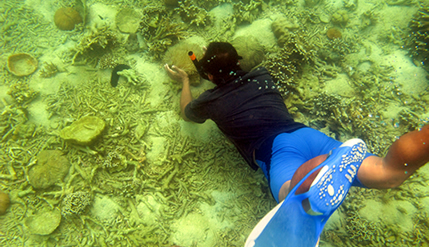 BANGI, 24 Sept 2012 – The School of Economics of The National University of Malaysia (UKM) feels domestic tourism already experiencing rapid growth should be promoted continuously to encourage more locals to travel in the country.

Associate Professor Dr Norlida Hanim Mohd Salleh from the School in the Faculty of Economics and Management said domestic tourism can instill a sense of love towards the natural habitats in the country while lessening the outflow of foreign exchange.

She made the observation when commenting on a study she and her team from the School undertook to measure the level of satisfaction of tourists towards the Kapas Island Marine Park situated off the Marang coast in Terengganu in 2010.

The study found that Malaysians visiting the island park were satisfied with various aspects of their visit and stay on the island.

“Domestic tourism that is strong and rapidly growing also helps to lessen the effects on tourist arrivals due to factors like natural disasters, epidemics and security threat.”

In order to ensure continued growth of tourist arrivals both foreign and domestic, various issues related to the tourism industry should be given attention.

Thus issues related to the satisfaction of tourists toward destinations in Malaysia is important as it can influence them to come back in the future, said Dr Norlida.

The study “Satisfaction and Loyalty of Domestic Tourists towards the Kapas Island Marine Park” was to evaluate the quality of services enjoyed by domestic tourists visiting the island based on what they had expected and the actual/perception of satisfaction.

The study found that domestic tourists were satisfied with the image of the destination, their journey, the various products offered, the level of security, infrastructure, cleaniness and support facilities. 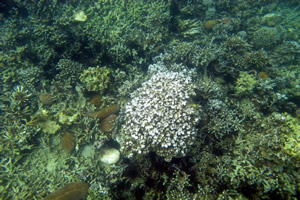 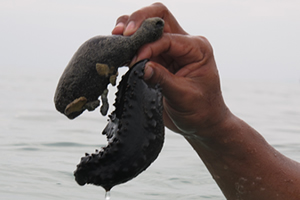 It was based on 30 minutes of face-to-face interviews each with 193 tourists carried out by Dr Norlida and her team comprising Tamat Sarmidi, Redzuan Othman, Abdul Hamid Jaafar and Raudha Md Ramli from the School.

Quetionaires were distributed to the tourists visiting the park comprising 108 males and 85 females mostly in the 21-30 age group guaging their expectations and perceptions on 44 services including the destination image offered at the marine park.

Most of those interviewed were not married i.e 130 out of 193 involved in the study while 59 were already married and those remaining were either widows or widowers. A total of 145 of them received tertiary education.

The study also revealed that 151 of the respondents will revisit Kapas Island Marine Park while 165 said they will recommend the destination to friends and family members. 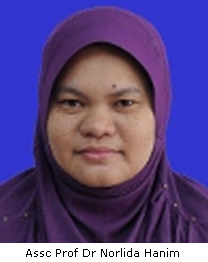 Dr Norlida said that the quality of tourism services including the image of the destination were among the factors contributing to the arrivals and attractiveness of a destination.

Tourist satisfaction towards these factors usually influenced them to revisit besides passing information about the place they visited to friends and family members informally through words of mouths.

The effects of passing such information by words of mouth was found to be very significant in influencing the arrivals of more tourists in the future according to a number of studies carried out before.

They will also most probably choose not to search for alternative destinations for their vacations in the future.

Such aspects can be used as indicators of the visitors’ loyalty to the destinations that they visited according to another study done in 2009.

Dr Norlida said that studies on the satisfaction level of tourist destinations was seldom done in Malaysia.

On the value of image, questions asked includes the quality of marine life, clean and beautiful beaches, the natural flora and fauna, the level of satisfaction while snorkling and scuba diving.

The visitors placed high emphasis on facilities to enable them to pray which scored an average value of 4.57 besides requiring a good communication system.

They also wanted credit cards automated machines at their boarding places, an information counter about the island and adequate supply of drinking water (with all scoring an average value of 4.42).

Those who loved to snorkel want areas with abundant and good variety of fish to be made available.

“Based on the analysis of the average value of expectations and perceptions of the tourists, the value of quality of services and image of the Kapas Island Marine Park was between 3.72-4.87. This mean that all tourists that visited the island were very satisfied.

“Overall the tourists can be assumed to be satisfied and also loyal towards the destination. This is proven when the majority of them plan to revisit the island while recommending it to their friends and relatives.

“However to guarantee a sustainable arrival of tourists to the marine park which was proven empirically by this study, initiatives to provide the highest quality of services is of the utmost importance,” said Dr Norlida.

Serious attention should also be given by the marine park management and various development agencies towards the island, she added.

The study found besides the arrival of international tourists, the domestic tourists played an important role in the development of the tourism industry.

In view of this domestic tourism should continously be promoted to attract more locals to travel in the country. “Domestic tourism that is strong and rapidly growing also helps to lessen the effects on tourists arrivals due to factors like natural disasters, epidemics and security threat”.

These two aspects can be used as an indicator that the tourists are loyal towards the destination besides being satisfied.

Tourism contributed 6% to the country’s Gross Domestic Product while also providing many employment opportunities especially in the transportation and lodging sub-sectors.