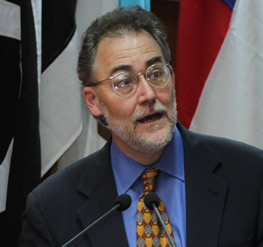 BANGI, 13 Sept 2012 –  Malaysia’s world share in published research papers went up almost four-fold between 2007 and 2011, according to a survey done by a leading business data provider based in New York.

Thomson Reuters reported that the number of Malaysia -originated research papers increased from 2,000 in 2007 to 7,600 in 2011, which is about 0.6% of the total number published in the world.

The findings are based on its Web Science programme which tracks research papers published all over the world from various institutions.

Overall, Malaysia’s share in published research reports went up by three times in the same period as found by various other monitoring methods.

Commenting on the quantum leap in the number of UKM research papers, Prof Rahmah attributed it to the emphasis given to research and innovation in the last seven years and the increase in grants awarded to researchers.

On UKM in particular, Pendlebury said, Clinical Medicine and Engineering were the most widely cited by analysts worldwide from among all the research papers published by UKM between 2007 and 2011. However, his research did not include the reasons for the findings.

He said during that time frame, 468 papers in Medicine were published by UKM, with 2,691 citations and 447 research papers in Engineering with 1,656 citations. A citation is a reference or credit given by a researcher’s study about the work of another researcher.

Pendlebury said the number of top class research papers from UKM in those fields were lower compared to Universiti Malaya (UM).

He said that all the comparisons were made carefully and the parameters corresponded to categories that were alike. That is apples are compared to apples and not apples to oranges.

Pendlebury is the resident expert and spokesman on the methodology regarding the Thomson Reuters Citation Laureates.

Thomson Reuters has since 1989 developed a list of likely Nobel Prize winners in medicine, chemistry, physics, and economics. Each year, Thomson Reuters uses data from its research solution, Web of Knowledge™, to quantitatively determine the most influential researchers in these four categories.

Thomson Reuters Corporation is a business data provider and was created following Thomson Corporation’s purchase of Reuters Group in 2008. Thomson started out as a newspaper publisher while Reuters is a news wire service.