Manuscript Of Malay Magic That Caused A Stir 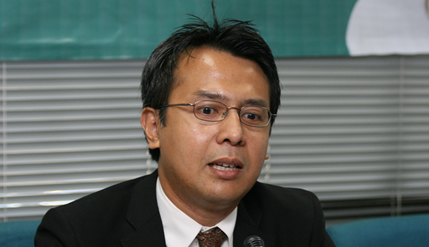 BANGI, 8 Oct 2013 – A Malay manuscript about practicing the occult produced over a hundred years ago for a mosque official, contained illustrations and graphics that clearly showed the influence of Hinduism and Buddhism on Malay culture.

Malay culture and manuscript researcher, Dr. Farouk Yahya said it shows how interested the Malays of the past were in casting spells, curses and divination that were not Islamic.

In his discourse on the Illustrated Manuscript Of Mantras, Charms and Divinations From the Collection of The School of Oriental And African Studies (SOAS) in London, Dr Farouk said that copy would have been used as a guidebook on the practice of witchcraft and fortune-telling.

The discourse was organised by UKM’s Institute of the Malay World and Civilization (ATMA).

Dr.Farouk, who does research for SOAS, said the pictures and diagrams drawn by hand showed close similarities with the illustrations of human bodies used in Siamese and Cambodian magic to cast spells or bring about death to the victims of the practitioners. This is akin to the practice of Voodoo in the Caribbean islands.

The difference being the holyverses of the Quran written in the drawings or paintings of the body, along with the Pali script  of the Hindu mantras.

Dr Farouk said among the numerous Malay manuscripts relating to spells, charms and divination, this original manuscript called MS25030 has been given much attention by researchers of Malay civilization in Europe.

Many were interested in the contents of the MS25030 for text and graphics that highlight examples of magical and mystical nature of Malay culture. Furthermore, copying the manuscript was commissioned by a mosque official. It showed Syncretism, a blending of magic and the Islamic faith, which is a contradiction.

In his discourse, Dr.Farouk discussed the background of the manuscript and the illustrations contained in it, which relate to other works of ancient Malay magic and divination of the past.

The audience at the discourse was shocked at how a manuscript for a Muslim could provide instructions on how to cast spells on unsuspecting victims. According to the text, the likeness of the human body should be drawn on the ground with the victim’s name and certain verses from the Qur’an written on it. The practitioner of the magic should then defecate, urinate or spit on the drawing. If all goes well, the intended victim would fall ill or die a horrible death. 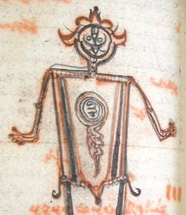 The manuscript was once commissioned by a resident of Kota Baru, Kelantan identified as Tuan Bilal Hj Yusuf Bilal between1906 and 1907. He was said to be a bilal –  the muezzin who calls out to the faithful to prayers – at a mosque called the King’s mosque. However studies showed no such mosque existed throughout Kelantan in the last 100 years.

The manuscript was copied by a person called “Sa”, perhaps a nick-name for Hasan Hj San Lindang, which was signed on the manuscript. Later, the manuscript passed into the hands of a staff of the newly-built Kota Baru hospital, Nik Ismail, a clerk who paid salaries and allowances, in 1918.

According to Nik Ismail, his father Hj Mohamad was a younger brother of Hasan, and may have inherited the book. Nik Ismail later gave the document to Dr Desmond Gimlette, Kelantan’s first surgeon who passed the thesis to Sir Richard Olaf Winstedt, the renowned Orientalist, who donated it to the SOAS.

However, many researchers in Malaysia did not know about it, probably because it is kept and owned by SOAS in London. During the question and answer session, academics from ATMA and the Faculty of Islamic Studies who were present expressed shock with the notion that a religious official could have ordered  such a manuscript to be made for him.

Dr. Farouk replied his interest was only on the illustrations in MS25030, and that he was not a psychologist or philosopher who passed judgment on the character of the owner.

Dr. Farouk Yahya holds a Bachelors Degree from the London School of Economics(LSE), University of London, majoring in accounting. He is also a member of the Chartered Institute of Management Accountants(CIMA). However, after serving for four years as an accountant at a music company in London, DrFarouk decided to delve deeper into his hobby, the Malay arts. He earned his PhD from SOAS with a thesis entitled “Magic and Divination: The Malay Tradition In Illustrated Manuscripts”.

Apart from working as a part-time lecturer at SOAS, he was also the assistant curator of the exhibition Gifts Of Recognition, featuring a variety of traditional Malay awards and prizes. He still retains his Malaysian citizenship but is a permanent resident of Britain. His parents live in Shah Alam.