The UKM Library was established simultaneously with the establishment of UKM on 18 May 1970 in Lembah Pantai, Kuala Lumpur. In 1977, the Library moved to a campus in Bangi and at first used Level 5 of the Chancellory Building, UKM before moving to the permanent building of the library.

The library building in Bangi was first used in 1978 and was officiated by His Majesty DYMM Tuanku Jaafar ibni Almarhum Tuanku Abdul Rahman on 2 July 1980. The building was named Tun Seri Lanang Library in honour  of a nobleman and a famous literary figure in Malaya in the 16th century.

Who is Tun Seri Lanang?

Tun Seri Lanang was an official of the Johor  royalty who wrote  ‘Sejarah Melayu’ or ‘Sulalatus Salatin’ (1612).He was born in 1565 in Bukit Seluyut, Kota Tinggi, Johor. His actual name was Tun Muhammad. His father was Orang Kaya Paduka Raja Ahmad and his mother was Tun Gengang. He came from a wealthy family or had the title because his ancestors were the family of the Bendahara Sri Maharaja of Melaka, leading to him Mani Purindan of Bukit Siguntang descent. Tun Seri Lanang was appointed the 14th Treasurer with the title of Bendahara Sri Maharaja Johor in 1580, by Sultan Ala-Jalla Abdul Jalil Syah. He died in 1615 in Aceh.

The library is determined to be the catalyst of a knowledgeable society.

Enhancing the culture of knowledge and efforts to uphold Malay language as well as encouraging the emergence of new knowledge. 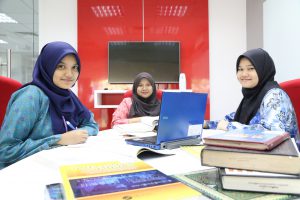 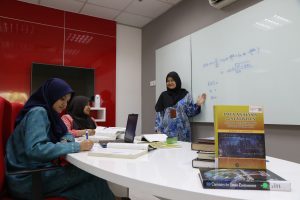