On the 24th and 25th March 2012 in Kolej Tun Syed Nasir (KTSN), Persatuan Mahasiswa Fakulti Farmasi (PMFFAR) had successfully organized Piala Dekan after years. The main objective of this sports carnival is to prepare our students for the National Pharmacy Sports Carnival 2012 (NPSC). Besides that, this sports event could be a method to strengthen the bonds between students and staffs, as well as to shape an all rounder pharmacy students who not only excels in academic, but also in sports.

At 8.15 am, registration counter was ready for the players, lecturers and supporters to register themselves. Then at 8.30 am was the arrival of our proud Dean, Prof. Dr. Ibrahim bin Jantan, our Deputy Dean, Assoc. Prof. Dr. Jamia Azdina binti Jamal and all other beloved lecturers such as Prof Thomas, Dr. Lam Kok Wai, Dr. Mohd, En. Hanif and our faculty staff members.

The first game of the day was futsal. Both boys and girls took part in this game. This sports carnival proved that the pharmacy students are not only good in studying but also sports! Our Dean also showed his outstanding sports skill while playing futsal.  At the same time, netball competition was also held at netball court situated  behind block H of KTSN. During the games, some players were injured but their fighting spirit stayed strong. The games ended around 11.30 a.m.

On the second day, badminton and volleyball matches were held. Badminton competition was held in Dewan SerbaGuna (DSG).  There were single player and double teams competition from each batch of students. For volleyball competition, ‘kalah mati’ system was used. All the games ended around 1.30 p.m. After that, the closing and prize giving ceremony was held in DSG. The closing ceremony was inaugurated by Assoc. Prof. Jamia Azdina. The prize-giving session was the most exciting moment of the day.

It was a very enjoyable and memorable sports event for each and every one of us. All students will definitely miss this wonderful moments. Those who didn’t win this year, you still stand a chance next year !! ^_^ 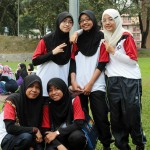 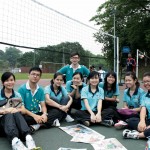 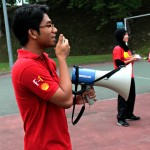 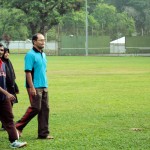 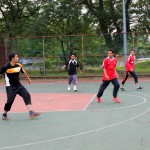 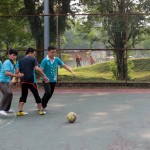 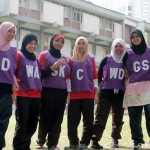 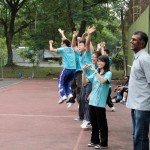 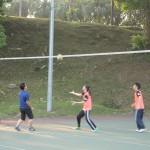 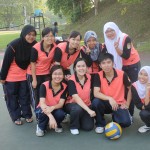 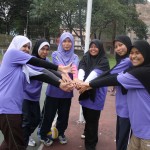 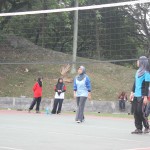 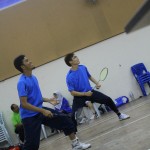 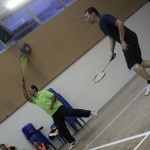 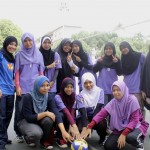 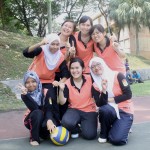 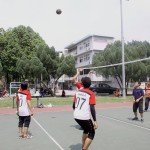 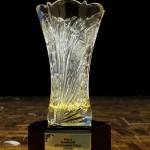