Advice About Appreciating Help From Others 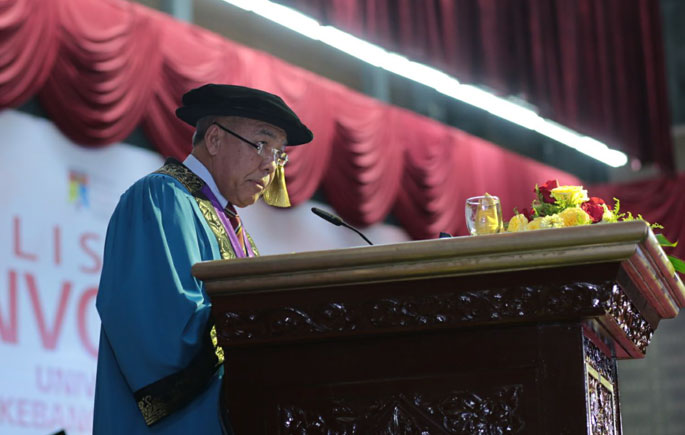 BANGI, 1 November 2015 – Failure is not about falling, but it’s about staying down.

We need to rise up and be determined to achieve success with the help of others, said Tan Sri Dr Ir Ahmad Tajuddin Ali said in his response after after being awarded an honorary degree of Doctor of Science at the 3rd session of the 43rd Convocation of The National University of Malaysia (UKM) here today.

Dr Ir Ahmad Tajuddin said that nobody will find success without the contribution of the family, relatives and peers.

“Motivation comes from many quarters; parents, spouse and family. This is the result of my personal principle – success doesn’t come without true grit and determination.

“I (studied  at Brighton College and then at Queen Mary College in London. I was the only one doing research. My wife was my typist,” he said.

According to him, his family also gave him full support for continued research in the United Kingdom.

Similarly, he received guidance from SIRIM chairman Tun Ahmad Sarji Abdul Hamid, who is currently Pro-Chancellor of the University.

“I was appointed Director General of SIRIM. Tun Hamid help me in the management. When he was the chairman for Sirim Berhad,  Tun Ahmad Sarji had stressed on work quality management via the International Organisation for Standardisation or famously known as the ISO.I greatly appreciate the leadership of Tun,” he said.

He also received a lot of advice and guidance from others in the course of his duries at the International Atomic Energy Agency (IAEA) in Vienna, Austria in 1998, before returning home to serve in SIRIM.

He advised the graduates to work in a field that they are really interested in.

As the Confucius saying goes, “Choose a job you like and you will never have to work a day in your life.” 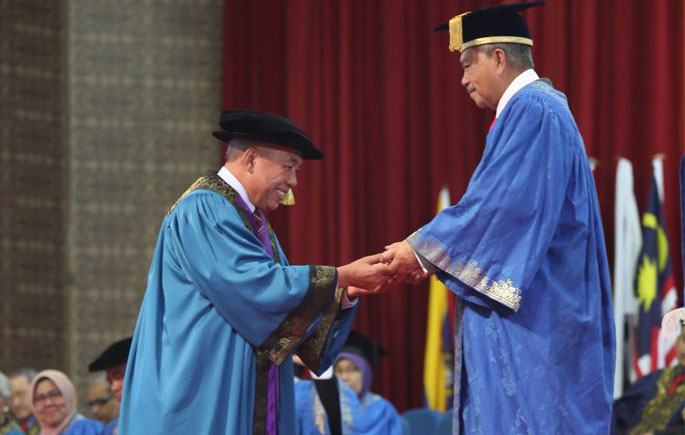