Call To Step Up Study On Historical Malay Letters 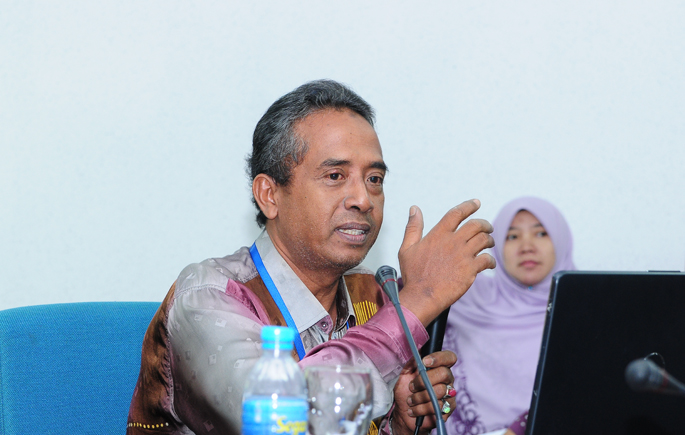 BANGI, 24 February 2014 – More research needs to be carried out on various manuscripts in the form of letters and messages of the Malay community in the past because of their artistic qualities and the many nuances of language, culture and nature.

Giving a discourse on ‘Malay Letters: Aesthetics Neglected’ organised by the Institute of The Malay World and Civilization (ATMA) at The National University of Malaysia (UKM) here recently, Dr Abd Razak said letters were written records of the Malays inherited from previous generations. Research on the letters will give untold benefits to the present generation.

He said the importance of Malay letters were not given due attention until the end of the 20th century when many researchers began to review and discuss the manuscripts.

The importance of the manuscripts is based on their contents, their aesthetic values and the illustrations found in some of the letters, especially those given by a Malay ruler to the Western powers and vice versa.

Aesthetically decorative elements in the form of various types of flowers and motives were used. Pictures of people or animals were not used by the scribes as Islam forbids its followers to use any such figures in any decoration.

Thus elements of the local flora were used to decorate letters, especially those sent by a chief or a prince to Western governments such as the Dutch, French or British.

The letters contain various natural elements to create a variety of feelings that the sender wanted to portray.

Cultural elements were also applied in the letters using calligraphy of many designs and forms.

The choice of the decorations in a letter became a very important element of it even before it was written. Various flora patterns and geometric designs were used. A typical letter might have several layers of domes and in the spaces between the domes and on the sides decorative shapes were used.

Dr Abd Razak said the Seal or Stamp was also an important component of the letter, especially credentials from a Sultan or Raja. Malay aesthetics were shown by the shape and decorative arts used by the seal-maker.

From the aspect of culture, the seal represented the sender since an official letter without it is considered invalid and will not be accepted by the recipient and would be the first to be observed by the recipient.

Various forms were used, the most popular being round, oval, hexagonal, triangle, octagon or a circle with petals. The forms were to reflect the philosophy of the sender or the representative of the rulers or princes, who would use them all their lives and later buried together with their bodies on their deaths.

The letters also include pleasantries such as greetings, prayers or polite and genteel salutations directed specifically to the recipient. The more tangible aesthetic object would be a gift accompanied by some verses of praise to show courtesy.