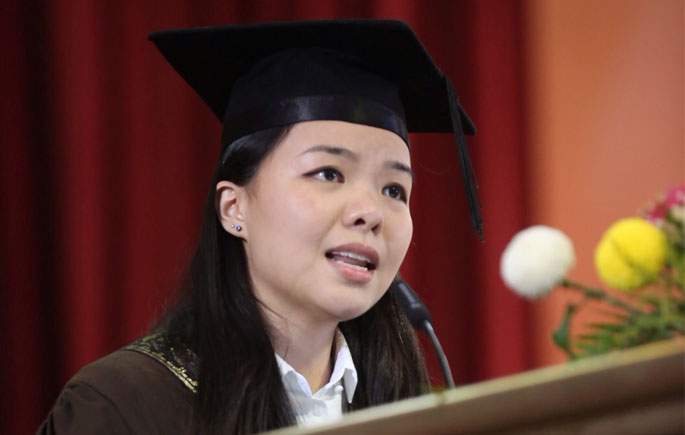 BANGI, 3 Nov 2015 – Lilian Lee, the recipient of the Royal Education Award at the 43rd Convocation of the National University of Malaysia (UKM), turned the challenge her dad made to her as the impetus for her path to success.

The stark choice her father, Lee Yee Woon, made to her; either study hard to succeed or work at his workshop, provided motivation for her to change her family life.

“Since then, I had a desire for success and joined many activities at UKM besides focusing on the teaching and learning sessions,” she said here recently.

She said, four years ago, she was not an active student. She ws not involved in any co-curriculum activity, but she has a desire for success.

“So, I was determined to get out of the comfort zone and started to take part in public speaking and debating competitions as well as focus in class,” she added.

She said, she started mingling with seniors and became active in volunteerism in addition to taking part in debates and public speaking in order to increase public  self-confidence.

“In fact, during the semester breaks I spent time participating in university activities and it turned out, it was well worth it seeing what I received today,” she said.

Lilian, who is the eldest of two siblings, had been participating in various competitions including international Law debate.

During her studies at UKM, she with her debate team represented the Asia Pacific in the Moot Court Competition in Paris and won the championship after beating teams from Europe.

Besides that, she and the rest of the team have represented Malaysia in the International Law Client Consultation competition at the University of Glasgow, Scotland.

She was also selected to represent Malaysia in an exchange student programme in the United States earlier this year.

Lilian, who completed her Degree of Law with honours with Distinction with CGPA of  3.69, had been included in the Dean’s list for four semesters.

Currently, she is chambering at one of law firms in Kuala Lumpur.

She dedicated her success to her parents whom had always provide everything for her to succeed besides her lecturers, who gave advice and support during the four years she was at UKM.

“They always encouraged me in every action that I take. My friends also always help me and gave good cooperation throughout my study here,” she added.

The Royal Education Award was presented  by the  Yang di Pertuan Besar Negeri Sembilan who is the Chancellor of UKM, Tuanku Muhriz Ibni Almarhum Tuanku Munawir. 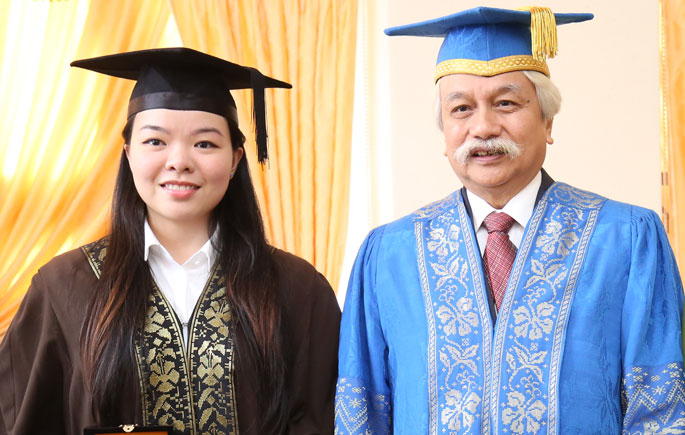