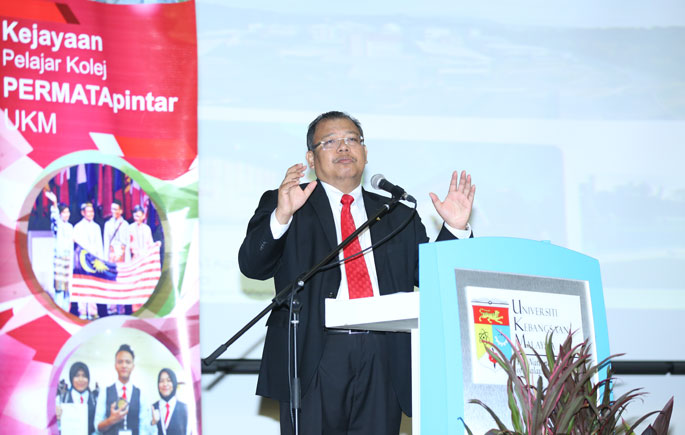 “We have high quality post graduate programmes such as Master and PhD that can help generate income,” he said to reporters after a prize giving ceremony for successful students of UKM PERMATApintar, an academy for gifted children, here recently.

The second strategy, he said, is through UKM expertise in Health and Wellness.

He explained the UKM Medical Centre (PPUKM) is serving many patients and there are plans to build a UKM private hospital to generate more income through health expertise.

Furthermore, he pointed out that UKM also has expertise in environmental studies, oil and gas and economics, which he said can provide consultancy work in partnership with other companies.

The third strategy is the lending or renting out of material assets of UKM which are among the best in the country, such as the sports fields for organisations to hold tournaments.

He also said that in the future, UKM will have an international cricket stadium worth RM2 million, donated by the Sime Darby Foundation which will help the university boost its income.

The fourth strategy, he stated, is asset monetization of the environment, such as the natural forest in campus, which has facilities for groups to use for field trips.

He also stated that UKM in planning to reopen the learning centre in Sabah which was closed following the establishment of Universiti Malaysia Sabah.

He added that it might be modelled on the research centres at Langkawi, Tasik Chini, Mersing, Teluk Intan and Beranang.