FSSK Students Champion of Maxis Stars of What’s Next 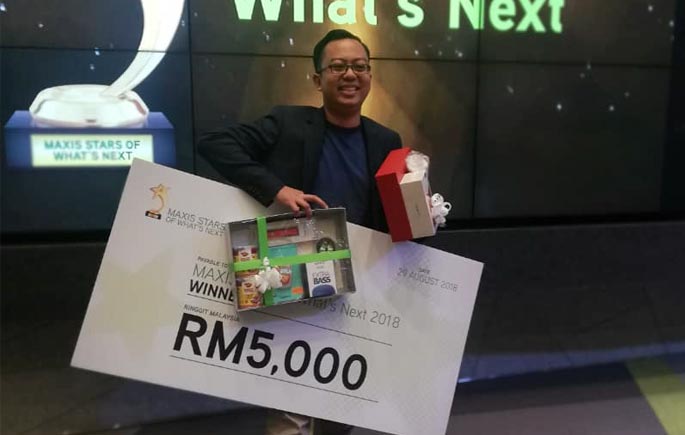 BANGI, 24 September 2018 – Muhammad Amiruddin Ismail from Faculty of Social Sciences and Humanities (FSSK), Universiti Kebangsaan Malaysia (UKM) has been crowned as a champion in the Maxis Stars of What’s Next competition, recently.

Muhammad Amiruddin said, he knew about the competition while he doing his internship at the company (Maxis).

“I’m motivated to join this competition because before this I always involved in many programmes and success, but never got the recognition. So, I want to recognise myself with this competition.

Alhamdulillah, my efforts were not in vain when I was announced as the champion in this competition,” he said.

Muhammad Amiruddin Ismail, who is the third year student of English Language Studies is a Head of Permata Interact Programme, which is a volunteerism programme to help students in urban areas learn English Language interactively.

“The Permata Interact Programme is under the supervision of the Permata Programme and is supported by 1M4U, British Council and Machines. I am also assisted by volunteers who mostly is English language students as well as teachers in training.

“Until now, more 40 volunteers who are students from Higher Education Institution and more than 400 youths join this programme for over three years,” he explained.

Muhammad Amiruddin who also excelled in academic with Cumulative Grade Point Average 3.84 said that now he is developing his own start-up in the field of fintech.

If successful, my start-up will be the main focus after graduation. I want to be a more successful, powerful, rich, famous, powerful and influential, so I can help more people,” he added. 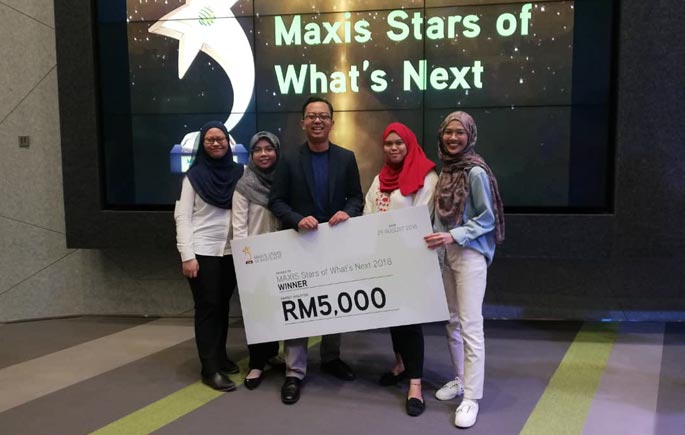