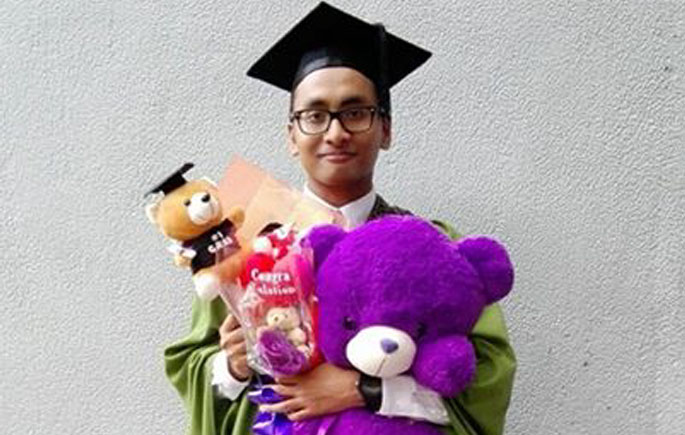 BANGI, Nov 3, 2015 – With the aura of an entertainer as well as soaring vocals, a recent graduate of the National University of Malaysia (UKM) Fadhli bin Hariz Fayahet, was given the honour of performing at the 43rd UKM Convocation – in his graduation robes.

Fadhli Hariz, 22, who graduated in Political Science with honours, belted out a medley of Malay hits  such as Nuri, Permata Pemotong Permata dan Kemelut di Muara Kasih at sessions 4, 5 and 6 if the 43rd UKM Convocation.

“I got involved in singing since the first year during the student orientation week. My talent was recognised and became part of the repertoire of singers of popular and religious song. Since then, I started singing different genres of music, ” he said when interviewed here today.

During his three-year study at UKM Fadhli often make presentations and participated in singing competitions such featuring songs of patriotism,  ASEAN, and faith-based hymns  at Institutions of Higher Learning and  singing contests organised by the residential colleges in campus.

Apart from that, he has represented UKM at the Festival of Arts of  Malaysian Universities (FestKUM) in Terengganu and Sabah, the Royal Concert performances at UKM and the closing of the Global Student Leadership Program in South Korea.

In addition to singing, he was entrusted with the task of becoming a professional jury member for singing competition at colleges in UKM and other competitions.

His interest in singing was evident since school days. Ostensibly, his efforts received recognition with a Students Vocal  awards and  Art Awards at UKM.

“At the moment I am working part time at the UKM Cultural Center. When there is an event, they call me to sing. If I have the means, I want to develop my career in the arts and continue my  studies for Master in Arts Management at UKM. “

He also advised undergraduates who have talent to attend culture and arts classes at the Cultural Center of UKM free of charge but as students, they have to strike a balance between academics and extra-curricular activities. 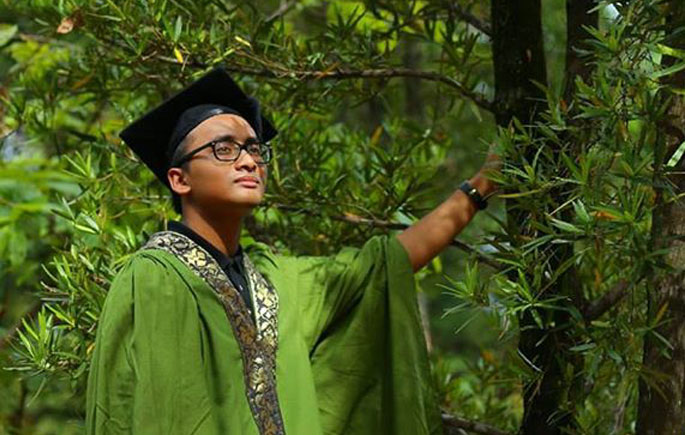