Health Science Experts To Be Regulated 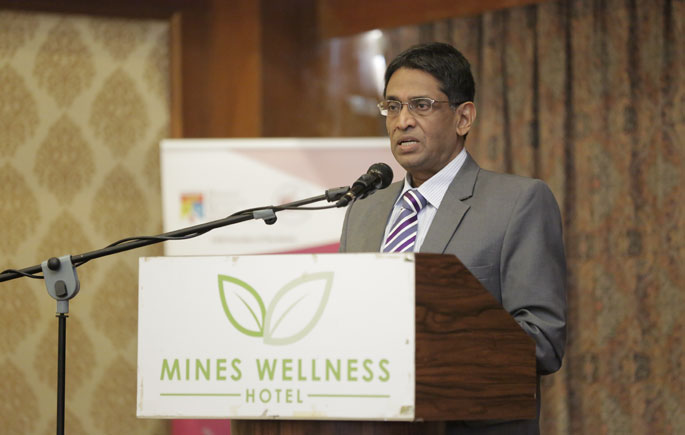 SERDANG, 11 August 2015 – Professionals in the ever more important field of Health Sciences would be registered with the Health Ministry as with  other practitioners in the medical line.

The Health Ministry intends to provide some kind of regulatory control on the field of Health Sciences with the tabling of the Allied Health Profesion Bill which is now in its second reading in the Dewan Rakyat, said Health Minister Datuk Seri Dr S. Subramaniam.

The role of Health Sciences is growing in importance as the country experiences the effects of Climate Change which brings with it conditions that challenges the well-being of people such as communicable diseases, he said when opening the International Symposium of Health Sciences, or I-Sihat 2015 here today,  organised by the National University of Malaysia’s ( UKM) Faculty of Health Sciences with its partners in the private sector.

“The Allied Health Profession Bill  is now in the final stage of drafting this year to register and control the practices of the professionals in the field,” said Dr Subramaniam.

He explained that that the new act , once in force, would serve to oversee the quality of the allied health services in the country.

The safety of the patients receiving treatment would also be taken care of, said Dr Subramaniam, adding that the act would be able to prevent disqualified individuals from duping patients by masquerading as allied health practitioners.

According to the minister, there are 23 categories of allied health science professions under the Health Ministry that cover three main pillars, namely clinical, general health and laboratory services.

He said there is growing urgency for medical doctors and health science practitioners to meet the rising threat of Dengue fever, especially with the country and the region’s climate getting wetter and warmer with the onset of Climate Change and Global Warming.

Within the next 15 years, he said, the climate of the world is likely to change drastically.

“If we don’t get our act together,  by 2030, we will go on a path of no return. All of us should get together and save what we have left,” he clarified.

The minister further explained that with the dangers of Dengue fever facing the country, Malaysia is backing the setting up of a technical committee on Dengue at the next conference of the World Health Organisation.

“It has gone too far. We can’t wait for the West to do something. They are not interested because Dengue fever is not a priority for the developed nations,” he said.

Earlier in his welcoming remarks, UKM Deputy Vice-Chancellor (Research and Innovation) Prof Datuk Dr Mazlin Mokhtar pointed out that the Health Science Faculty has been taking part in a community project with two companies to curb Dengue fever since July.

Prof Mazlin said UKM is helping  neighborhoods combat Dengue fever by distributing and teaching residents to use a new Anti-Dengue kit in three states which recorded the highest number of cases this year.

He said the faculty set up dengue-free teams consisting of 100 volunteers which had been sent to high-risk neighbourhoods with the help of the local councils and which were trained to use the kit to combat the scourge.

Apart from Malaysia, researchers from the United Kingdom and Australia are taking part in this two-day I-Sihat meeting, which also attracted academicians and  professionals such as audiologists, biomedical scientists, dietitians, environmental health scientists and nutritionists, among many others. 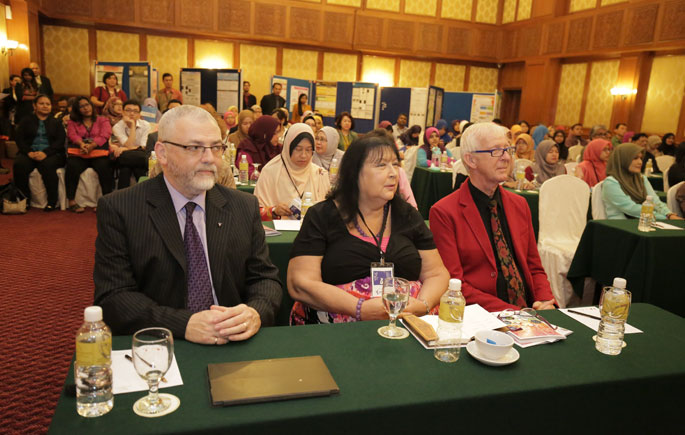 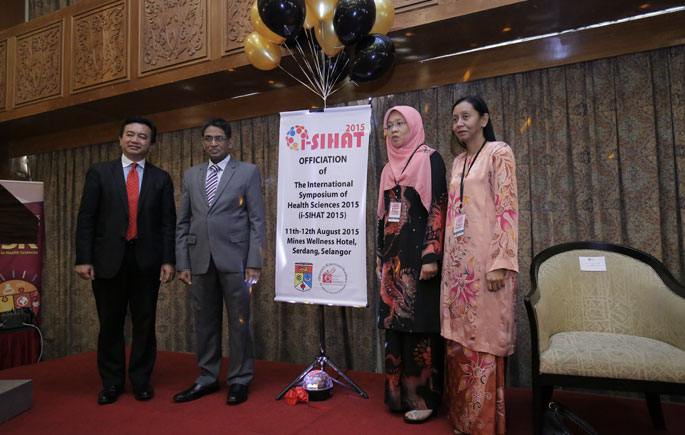