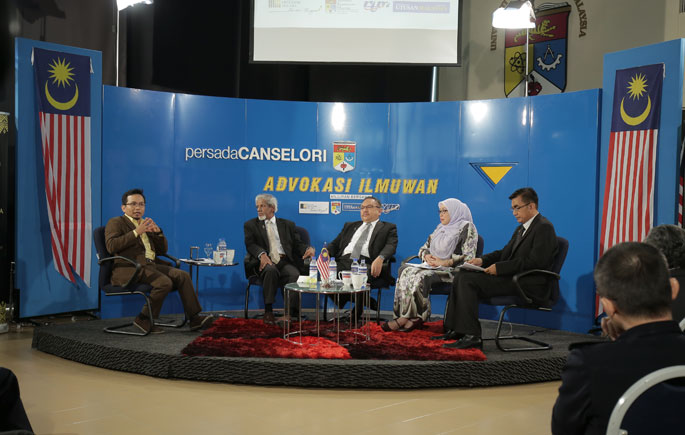 BANGI, 25 August 2015 – The institutions that make up the various branches of government should be independent and be able to discharge its duties without fear or favour.

The Federal Constitution has quite clearly spelt out the separation of powers between those various branches without advancing certain interests above others, Negri Sembilan Prince Tunku Zain Al-‘Abidin Ibni Tuanku Muhriz said today.

Tunku Zain Al-‘Abidin pointed out that the first prime minister of Malaysia, Tunku Abdul Rahman, had made it clear what sort of country the founding fathers envisioned, yet Malaysia had now strayed away from that route.

“As we have seen in recent years, certain articles of the Constitution have been subject to different interpretations. The objective of these different interpretations is to strengthen claims of what, or who, the constitution is for,” said Tunku Zain Al-‘Abidin in his keynote address at a forum organised by The National Council of Professors (MPN) and The National University of Malaysia (UKM), here today.

“Words have been taken out of context to make it is possible to argue that the purpose of this country, and the mission of its institutions, is to advance certain interests – divergently defined – above others,” he explained at the Forum for  Scholars’ Advocacy titled ‘Is The Malaysian Governance System Fragile?’

“ I believe that government is not fragile because the founding fathers had explained in the constitution clearly, that there should be a strong understanding of both our institutional narrative and the Federal Constitution,” he stated

Tunku Zain Al-‘Abidin, who is chairman of think-tank Institute for Democracy and Economic Affairs (Ideas), said for Malaysia to move forward, the country must understand its founding fathers’ intentions for the country, and use that as a starting point.

Another panelist, the Head of the Governance Cluster, Law and Public Management (MPN) Prof. Dr. Nik Ahmad Kamal Nik Mahmood commented on Tunku Zain Al-Abidin’s address by agreeing that th various branches of government should be independent and impartial in dicsharging their duties.

“As an example, the Malaysian Anti-Corruption Commission (MACC) should be truly independent and its members selected by parliament without interference from the executive branch.

“Today we really need the institutions to be able to carry out their responsibilities without fear of being threatened by the execuitive branch.

“Each institution is empowered by the Constitution to be playing a role as a check and balance to each other. If measured in terms of scale, the UK stands at eight of the total 10 points while Malaysia at stage six,” said Prof  Nik Ahmad Kamal.

Another panelist Assoc Prof Dr Shamrahayu Abd Aziz from  The International Islamic University (IIU) expressed more confidence for the institutions that act as checks and balances in this country, giving them a score of seven.

“The perception that the present government has failed is not entirely accurate because it was deliberately created by certain people who have the desire to seize power from the existing government.

“The present government did not fail completely because in many respects we have been successful and should be proud of this success,” she declared.

Law lecturer at the University of Sultan Zainal Abidin (UniSZA), Prof Datuk Dr Sheikh Hussein Abd Rahman Al Amudi agreed that the system of government based on the Constitution has proved resilient in the era of independence and post-independence led by Tunku Abdul Rahman Putra Al-Haj and Tun Abdul Razak Hussein.

UKM lecturer, Prof Dr Mohd. Rizal Mohd Yaakop remarked that the  the public would have more confidence in the oversight bodies such as the select parliamentary committee and the public accounts committee if their members were selected to provide a balance between government MP’s and the Opposition.

The forum was moderated by broadcast by Sayed Munawar Sayed Mustar and telecast live over RTM. 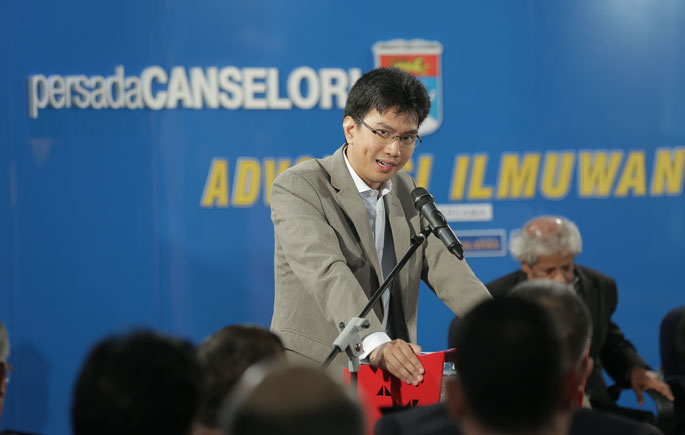 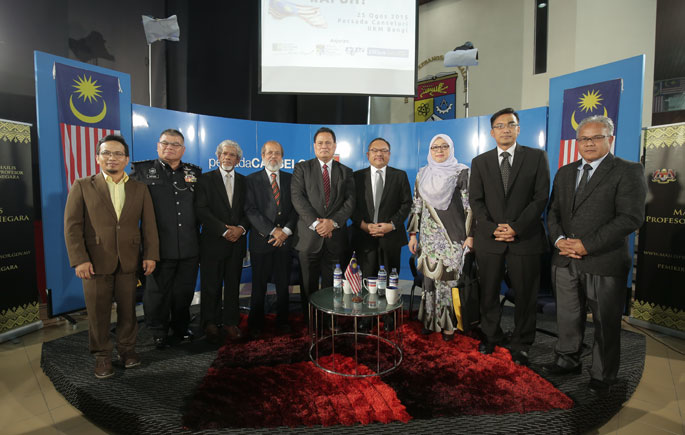