Laws To Protect Children From Beatings 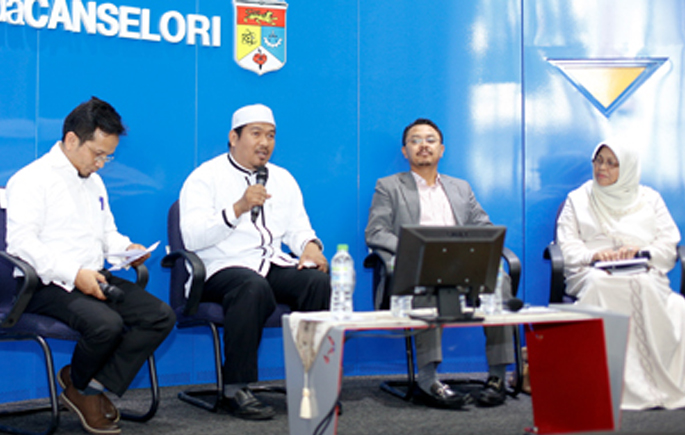 BANGI, 25 March 2015 – The government is finalising amendment to laws that would ban completely any form of corporal punishment on children in line with international law.

The National University of Malaysia’s (UKM) Deputy Vice-Chancellor (Students & Alumni Affairs) Prof. Datin Dr Noor Aziah Mohd Awal said children should be protected from over-zealous parents who think they are doing good for their children but instead abused them.

Prof Noor Aziah was making a comment during question time at a forum in UKM titled Caning: Nurturing or Abusing here today which was the 18th in the Bicara Persada series.

She said studies had shown that flogging children did more harm than good, sometimes scarring the children for life.

“Children who had grown up being whipped are more likely to end up dysfunctional and become abusive parents as well or even develop anti-social tendencies,” she explained.

Prof Noor Aziah, whose expertise is Law, said research on such cases also showed that victims were quite likely to develop deep resentment towards their elders or teachers who carried out the punishment.

Later, speaking to the UKM News Portal, she revealed that some cases of repeated canings afflicted visible injury in which were only known when the children turned in desperation to the authorities for help.

Malaysia ratified the Convention on the Rights of the Child (CRC) in 1995 to uphold its commitment to the protection and welfare of her children. This was an unprecedented step for the country.

A key outcome of Malaysia’s ratification is the Child Act 2001 (Act 611) which forms part of the protective legal environment for children in the country. Several initiatives have been introduced under this Act to safeguard children from violence, abuse, neglect and exploitation.

Earlier at the forum, one of the three speakers Prof. Dr. Zuria Mahmud, of the Faculty of Education, said she does not advocate corporal punishment to discipline children.

Prof Zuria, who is Professor of Counselling said there are many ways to instil a sense of discipline in children without resorting to whipping.

She said parents who treat their children with honour and respect will raise law-abiding decent people who also shun violence.

“Research on juvenile delinquents showed that many offenders had vented their anger towards their parents or guardians whom they thought would guide them. What do you expect from your parents. They angry.” she explained.

Another speaker, Dato’ Khairul Anwar Rahmat, Chairman of volunteer lawyers association SukaGuam, was adamant that caning was a suitable way for disciplining children.

“There are good laws, there are bad laws, except those made by Allah,” Dato’ Khairul Anwar remarked, referring to recent legislation which prohibited caning.

He questioned efforts to protect children from corporal punishment, saying that parents have rights, too, and they have a duty to keep their off-springs on the straight and narrow.

“I do not agree with the law in the Convention on the Rights of the Child (CRC), because it marginalises the rights of parents in raising their children,” he added.

The third speaker Ahmad Dasuki Abd. Rani, founder of the non-governmental organisation Kompleks Darul Thibbun Nabawi also agreed that caning is the right of the parents subject to certain conditions.

Ahmad Dasuki clarified that the scriptures states the child must be reminded to be obedient, but caning is only allowed at the age of 10.

At the age of 3 the child must be nurtured and advised by the elders about correct behaviour, he explained.

He said whipping should only be done without anger or emotion and in moderation so that the child would not suffer excessively.