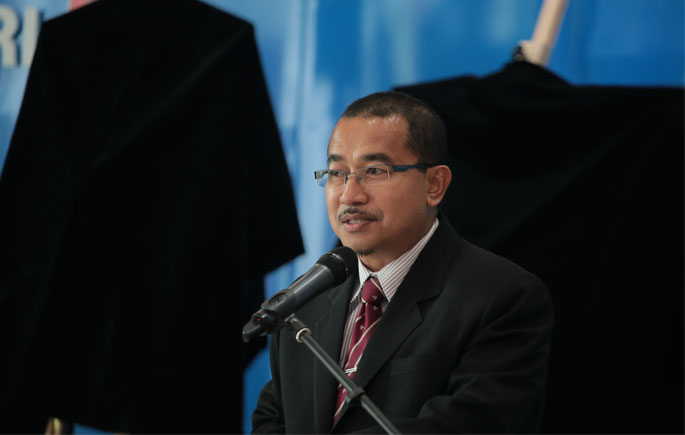 BANGI, 14 August 2015 –Kuala Gula in northern Perak should be declared a Ramsar site, so that the wetlands area can be conserved and become a tourist attraction.

The Member of Parliament (MP) for Bagan Serai, Dr Noor Azmi Ghazali said the area which has a wide diversity of marine life should be preserved to ensure the multitude of species there thrives.

“SEE Nature programme, organised by UKM (the National University of Malaysia) at Kuala Gula is a very good programme because it is implemented to foster love for the environment.

“Seek, Embrace and Educate (SEE) is a practice of appreciating  the natural sciences and educating the younger generation of our desire to create awareness on conservation of the environment through observation, appreciation and education based on experience and also the dream of making Kuala Gula a Ramsar site becomes reality,” he said while delivering his speech at the  SEE Nature Launch Ceremony for  Logo and Module organised by Faculty of Science and Technology, UKM here today.

Ramsar refers to the the Ramsar Convention,  an international treaty for the conservation and sustainable utilisation of wetlands, recognizing the fundamental ecological functions of wetlands and their economic, cultural, scientific, and recreational value. It is named after the city of Ramsar in Iran, where the Convention was signed in 1971.

He said students and researchers who joined this programme are immediately struck by the natural beauty and diversity of wildlife found there.

“Kuala Gula is a special area because it has 160 species of wildlife. Tourists can see the beauty of  fireflies at night. If there is damage to the environment and  environmental balance is disturbed, the species of crabs, shrimp, cockles and fish would be threatened,” he said.

He said students and researchers can do research in the area because Kuala Gula has many mangrove trees.

“This programme has two approaches, such as participants observing and appreciating the natural ecosystem and then instructed by the lecturer, non-government organization (NGOs) and stakeholders to develop the educational capital.

“Through this educational method UKM students are responsible as facilitators for school students and society about the importance of biodiversity,” he explained.

He said the approach that is used successfully nurtures generic skills including the power of initiative, making the participants become more proactive and creative to conserve natural environments and cultivating students’ interest in school, especially in science through engagement with the local community.

“Besides that, SEE Nature can increase student confidence to interact with stakeholders and generate positive perceptions of stakeholders to UKM graduates,” he said.

Prof Noor Azlan said such programmes are needed by the country when the nation’s natural heritage is  threatened.

“Efforts to implement this programme is strongly supported and we hope that such a program could be continued in the future, so that the flora and fauna will survive and be given due attention by all parties in the interest of future generations,” he added.

A total of 20 students from FST joined this programme held over six days starting  August 7 until August 13, 2015 at Kuala Gula, Perak. 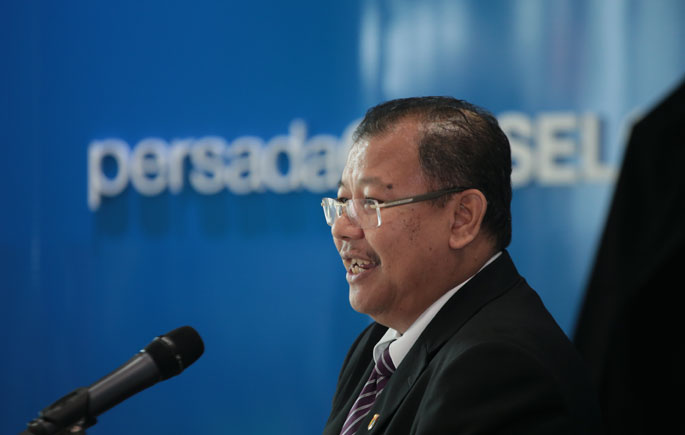 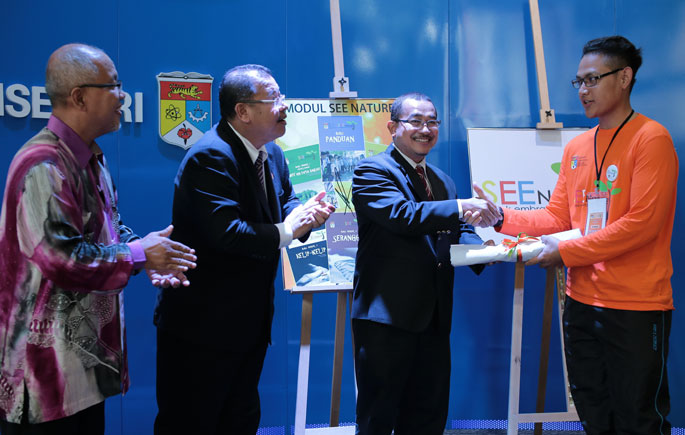 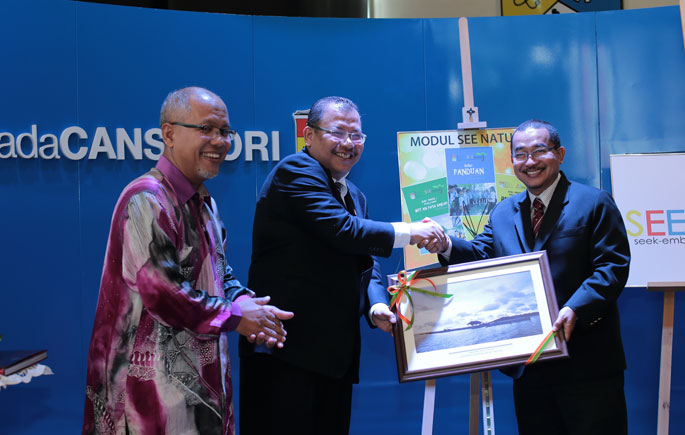