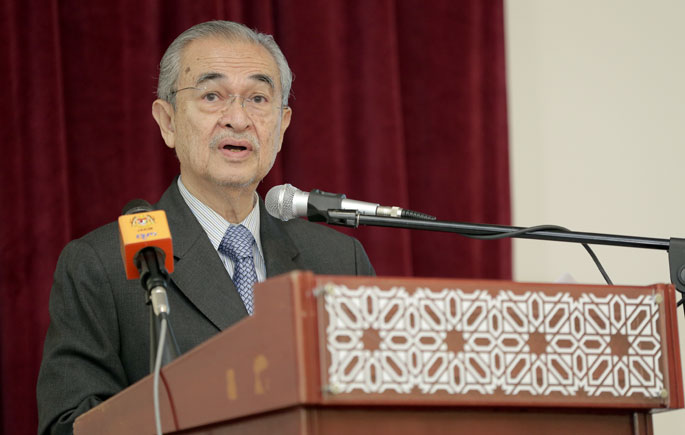 BANGI, 29 July 2015 – Malaysia must act swiftly to regain lost ground in its efforts to become a Halal hub and centre for Islamic Finances.

The Country was once years ahead of everyone else in developing Halal research and certification, but lost the initiative when it dithered in responding to other countries interested in emulating Malaysia in Syariah-compliant foodstuffs and medicine, said the fifth Prime Minister Tun Abdullah Ahmad Badawi.

“If we had quickly responded to the requests of Singapore, Indonesia, Thailand and China for assistance in Halal standardization, we would have become the world leader in that field and our system would have become the world standard,” said Tun Abdullah, fondly known as ‘Pak Lah’, when launching the Conference on Malaysian Islamic Economics and Finance (CMIEF) here today.

He said Malaysia missed the opportunity and became complacent with the successes it had achieved in advancing the halal products industry and Syariah-compliant financial services.

“For some reason we did not respond. So, Thailand carried on with its own Halal certification swiftly. Singapore, too sought our cooperation, but we delayed our reaction. If we are slow to respond, we get left behind. We must be together. We don’t have a consensus,” he explained to the more than 30 researchers and academics taking part in the two-day conference jointly organised by the National University of Malaysia (UKM) and The Department of Islamic Development Malaysia (Jakim).

He urged the relevant authorities – including scientific researchers – to collaborate with their international counterparts in making Malaysia the best halal hub in the world.

He said although Malaysia might still be the world leader in Islamic food products, there are many other competing nations vying for the growing global market.

“Why not make Malaysia the hub of training of islamic compliant businesses. Halal is not only in terms of religion, but also quality.

“There are powerful market forces that exist today in the world. Why not make all products halal, particularly food. We cannot do it alone because there are many issues, such as standardizing the certification as a result of globalization. There are various halal certificates issued by many nations. The issue of multiple authorities is complicating matters of standardising,” he lamented.

He stated that adopting Malaysia’s standards in production, handling, processing and packaging would make the products internationally viable. It would also comply with with other international agencies set by the World Health Organisation (WHO).

The former Prime Minister pointed out that the halal products industry and Islamic Finances has been integrated into the Islamic economy, but the world Islamic economy is in dire need of Islamic entrepreneurs.

The conference was co-sponsored by UKM’s Centre for Islamic Economic and Financial Research (EKONIS), The Faculty of Economics and Management, Hadhari and the UKM Friends of Islamic Economy Alumni Association. 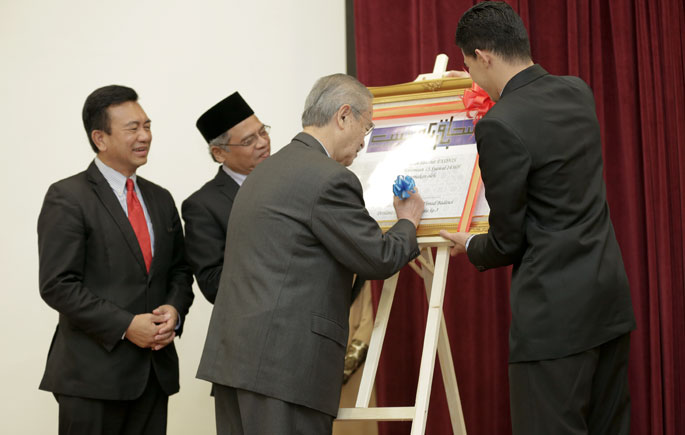