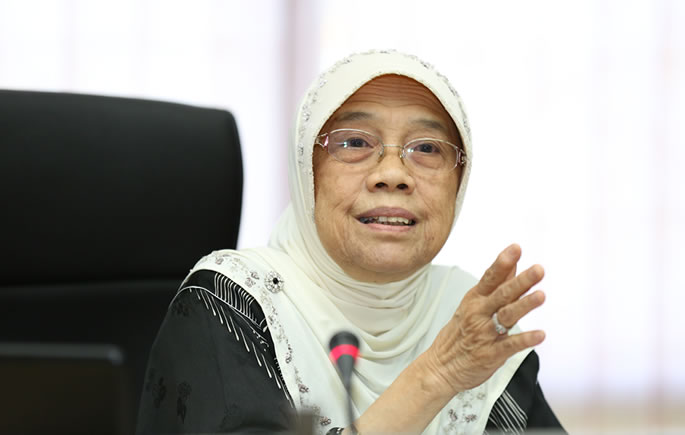 BANGI, 22 July 2015 – Stone inscriptions – barely legible now – showed that Bahasa Melayu existed at least back to the 7th century after the common era (ACE), in Sumatera.

Guest researcher at the Academy of Malay Studies, Universiti Malaya Prof Emeritus Datuk Dr Nik Safiah Abdul Karim said it is believed Bahasa Melayu existed even further back, but evidence is scare due to lack of surviving documents, destruction and looting.

Bahasa Melayu has very glorious history, but not many are aware of this, especially the young, said Prof Nik Safiah in her lecture titled Appreciating the Beauty of the Malay Language organised by the Institute of Islam Hadhari of The National University of Malaysia (UKM) here on May 6th.

She said history showed that the Malay language had some writing systems indigenous to Southeast Asia and also adapted others brought in from India, the Middle East and Europe.

Prof Nik Safiah said the Malay language that existed in the past was not much different from that of the present. What is different is the vocabulary and objects that exist now didn’t exist in the distant past, but sentence structures are essentially the same.

“You don’t know what you’re missing until you lose it, as with languages, you have a sense of pride and a sense of wanting to defend it,” she implored.

In addition to being the country’s official language, Bahasa Melayu is also used for science, but most important it is the lingua franca of the common people.

“The Malay language as a reflection of thoughts and feelings must be expressed well, true and beautiful in order to successfully deliver the message effectively,” explained Prof Nik Safiah.

Malay in its original form can deliver the message effectively, she added.

“The language with a high aesthetic value and contains elements of beauty and rhythm of words can become beautiful,” she added.