Qatar Crisis Due to Power Imbalance 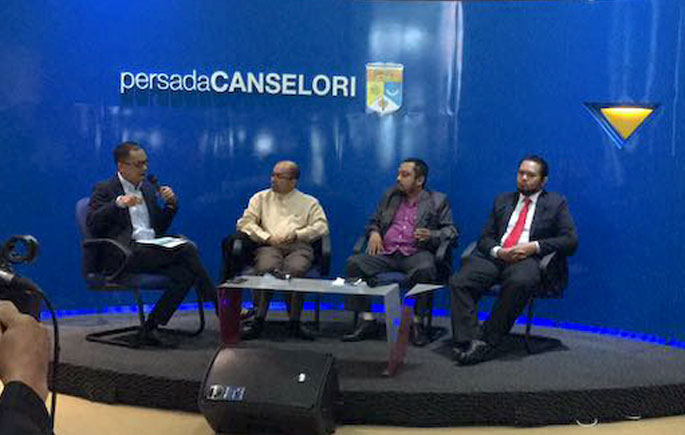 BANGI, 7 July 2017- The crisis between Qatar and Saudi Arabia, the United Arab Emirates (UAE), Bahrain & Egypt is due to the importance and balance of power, said a Research Fellow of the Malaysian Institute of International Studies (IKMAS), Dr Abdul Rahim Ahmad.

“While Iran is respected and known for its fearsome power, Qatar is considered as the ‘naughty child’, which led the country to be treated as such,” he said at the 36th Bicara Persada forum titled Pemulauan Qatar: Agenda Apa Sebenarnya?, in UKM.

He added Qatar’s support for Ikhwanul Muslimin, that is linked to terrorism, was only used as an excuse by the country’s neighbour to criticize and deny the world’s view.

Meanwhile, Prof Dr Kamaruzzaman Yusof of the Faculty of Islamic Civilization, Universiti Teknologi Malaysia (UTM) said the Arab countries were ‘bullying’ Qatar because it has the possibility to affect Turkey and Iran.

“They know they will fail if the same thing was done to Turkey and Iran.

“Therefore, they bullied this ‘naughty child’ in the hope that it will affect both countries,” he said.

He stated that he hopes Malaysia will continue to practice neutral policies and reserves itself from being involved in this crisis..

“We also envision the Organization of the Islamic Conference (OIC) to act not only on the Qatar issue, but also on Syria’s,” he said.

Another member of the panel was Abdul Muein Abadi, lecturer from the Faculty of Social Science and Humanities. The forum was moderated by Executive Producer of Astro Awani, Nazri Kahar.