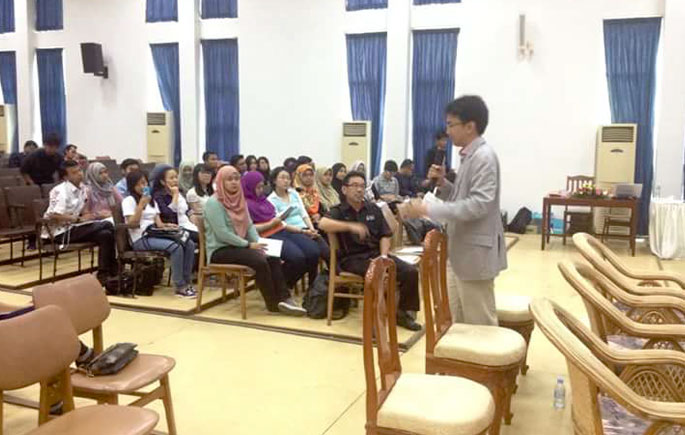 BANGI, 28 July 2015 – Some twenty students of the National University of Malaysia (UKM) spent a week at a primary school in Cambodia interacting and teaching pupils of the Cham ethnic minority.

The students from the Faculty of Social Sciences and Humanities (FSSK)  were volunteers taking part in the mission of mercy from April 2nd to 9th  to reach out to poverty-stricken children at the Musa-Asiah Integrated Primary School (SERPAMA) in Svay Kleang village in Cham province.

The FSSK students brought with them donations of books and stationery for the mission dubbed Books To-Be Loved (B2B) to the  school which is staffed mostly by volunteers, some of them Malaysians.

One of the students May Kan Yuen recalled that they arrived at the isolated hamlet after a harrowing five-hour journey from Phnom Penh International Airport in searing heat on roads filled with pot-holes and lacking of any divider lines or signs.

“The weather at  Phnom Penh International Airport reached 39 degrees Celsius when we landed on April 2, Thursday.

“We were reminded that the roads and regulations were not like Malaysia’s. When we set foot in the village of Svay Kleang better known as Kampung Lima after a nearly 5-hour drive from Phnom Penh, fear turned into excitement. We were warmly welcomed by Prof. Mohamad Zain Bin Musa, the president of SERPAMA, accompanied by a group of teachers. We were treated like VIPs,”  May explained in her first person account published in the online UKM portal Suara Varsiti Anda.

The B2B volunteers apparently were greatly encouraged and carried out their tasks to teach the pupils.

“Every one of us was always ready to lend a hand, as the children’s expressions were so transparent and pure. There was a close relationship that existed between B2B members in the quaint village that became an inspiration and encouragement for me to continue to look for any opportunity to return to the community there,” she gushed.

One of the teachers Math Safir was their contact person and coordinator for the  programme at SERPAMA and explained what they had to do during the course of the mission.

With a  bachelor’s degree in law, Math Safir decided that he wanted to give back to the community by becoming a teacher.

He arranged for a brief introductory session with the children and the first lesson was aerobics, taught to year 1 and 3 pupils.

According to Mr Safir, the level of education there consisted of  year 1 to 12 in primary and secondary schools.

He said most students will not continue their studies to college or university because educational opportunities are limited and that the younger generation are needed to work in the corn and tobacco plantations to help their families make ends meet.

May, however, observed that there was no shortage of enthusiasm among the

“Our programme was actually during the school holidays, but the children in the village were so hungry for knowledge, willing to get up early in the morning to participate in the classes that we conducted,” she said.

She said the organisers wanted to show that they were serious about helping the community.

May contrasted the fortunes of the pupils in Cambodia with her own childhood.

“ The situation is far different from our school days, when our parents were willing to spend money to buy color pencils of many colours, from red to pink, dark blue to navy blue, dark green to lime green and so on. Unfortunately, a large color pencil box was still not able to provide sufficient satisfaction for us. This led us to feel that we can learn much  from them,” she added. 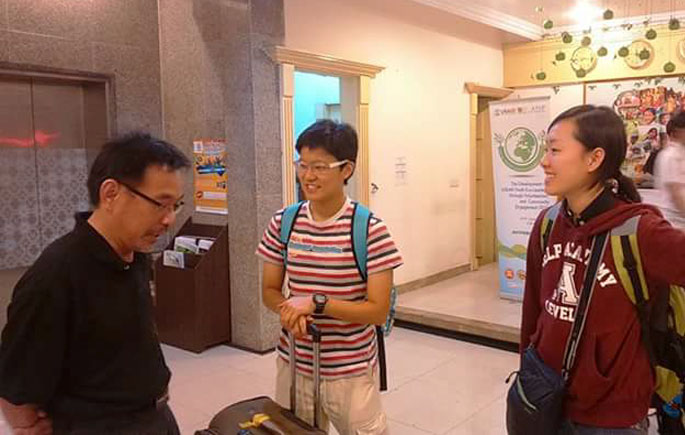 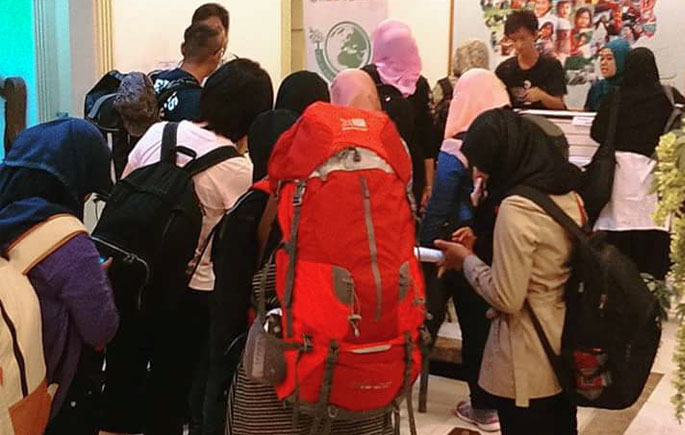